Matthew Nathan Drudge was born on October 27, 1966 in Takoma Park, Maryland US. His mother was a former staff attorney for U.S Senator Ted Kennedy and his father Robert Drudge who is a social worker and a founder of refdesk.com before selling it in 2017. He is the only child and  his parents divorced when he was only 6 years old and lived with his mother ever since.

Matt education is not in the public portal. He has withheld the information from the general public. He stated at some point that he graduated from high school being ranked #325 out of a class of 350 students this is a clear indication that he was not an excellent performer. We however know that he is knowledgeable in his profession and makes a living out of it and he enjoys what he does.

Matt has been very personal about his relationship choosing to entirely focus on his professional career. However, there are many rumours that have been published in the media that he is presumably gay. In 2009he was listed on out magazines as the 50 most powerful gay men and women. The rumour resurfaced when David Cohen spoke to New York Daily News allegedly claimed that he had a long term relationship with Matt Drudge. Immediately he denied the rumors while he was responding to out magazine article. He maintained that he has never been gay.

Matt’s sexuality remains questionable for he prefers to have relationships with older men. It also becomes controversial to be regularly seen at gay clubs in Washington DC. He has however not dismissed the rumoured.

Matt started by taking odd jobs such as telemarketer for a time –life books,  sales assistant at a grocery store in New York, Counterman at a 7-Eleven  convenience store. He relocated in 1989 to a small Hollywood apartment small in Los Angeles. He worked at gift shop CBS before being promoted to the manager.

Then he started publishing an e-mail newsletter which mostly published information pertaining to entertainment mostly from gossip/hearsay. Then in 1995 he launched “The Drudge report “a news aggregation site. After which he quit his formal job to cover politics in his forum.

In two years Drudge report has over 1000 email subscribers and Matt had 85,000 subscribers to his email service. In the 1990s his website became a big success after some several stories he had reported in the mainstream media.

Matt became nationally known after he broke the news of Jack Kemp becoming Republican Bob Dole’s running mate in 1996 presidential elections. He again became more prominent in 1998 when he published Michael Issikoff (former Newsweek reporter) which was the first media outlet to publish the news. In the 1990 he met his mentor Andrew Breitbart in Los Angeles who helped him run the Drudge report.

After a close and a long working relationship with Matt, Breitbert announced he was agreeably leaving the Drudge report in 2005 but would continue to help by working in the afternoon shift as well as running Breitbart. In 1996, he Matt shifted his focus from entertainment news to political gossip.

In 1998 Matt hosted “Drudge” on Fox News Channel which was a Saturday night television show. The show ended after one year by a joint consent. He stated that the show was a syndicate by premiere radio networks. On September 30, 2007 he left his position as a radio host and was replaced by Cincinnati, Ohio.

Matt hosted “the only time anyone will let me on air” a Saturday night talk radio show. He is an author of New York bestseller book titled “Drudge Manifesto”.

Mat may not have won any official awards but we can commend him for his contributions as political commentary, radio host and a television host makes him recognizable by all nations.

Net Worth, Salary & Earnings of Matt Drudge in 2021

Matt’s worth is garnered his wealth by being a successful internet news editor. He has an online ad space and the income he gets some lucrative revenue from his publications. The Drudge report earns an estimate of $1.3 million yearly from advertising additionally he is also a radio and television host that earns a salary out of his work.

On radio, he earns an estimated $1.2 million in a year. He is also an author that has published books that have been well-received. As of 2021, he boasts of a cumulative net worth of $170 million a figure that will certainly increase as he progresses with his career.

Matt has been very bold and vocal in his entire career. He agreed to leave Fox News television show called “Drudge” after he was denied access to dramatise his argument against late term abortion. He supports that which he believes is ethical and is not afraid to tell it to the world. Although he was poor in academics he has a very rich mentality. 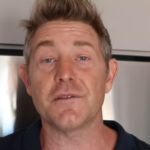 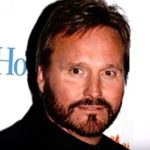