Mathew Abraham Groening is an American cartoonist, animator, writer, and producer. He has also participated in comedy. Some of Matt Groening’s comedy art include; comic videos and comic trip series. He is the founder of the series; ‘Life in Hell’, ’The Simpsons’, ‘Disenchantment’, and ‘Futurama’. The ‘Life in Hell’ series was a weekly publication that ran from 1977 to 2012. It was about his struggles after school before establishing his career.

‘The Simpsons’ comic was about a successful father with a dysfunctional family which was a reflection of American life. The publication started in the year 1989, and it still runs to date. ‘Disenchantment’ which was about a naïve, alcoholic, and a rebellious prince and her demon which runs to date, and ‘Futurama’ which is science fiction for adults that aired from the year 1999 to 2003, took a break and resumed in 2008 to the year 2013.

Matt Groening’s interest in arts was influenced at an early age after watching the Disney Animated Film, which talks about feelings. Growing up around his father was also a contributing factor to his art. He was a good role model who helped him grow his career for was a cartoonist. He also impacted him with the knowledge and skills necessary to grow his career. His father’s full support created a platform that established his career as a cartoonist. Matt Groening and his father spent time playing imaginary games, forming stories and writing articles, and filming around the house.

By the time he was done with his high school studies, he was fully conversant with the direction of his career. He immediately joined The Evergreen State College to pursue his studies. He had a few years of struggle after school because engaged in writing books, articles, and drawing cartoons which were low-paying jobs. He later grew into the production of different movies, video games, acting, and making many comical travels.

Matt Groening was born in Portland, Oregon in the United States on 15th February 1954. He was raised by a Norwegian American mother, Margarete Ruth, and a German Canadian father, Homer Philip Groening. He has four siblings, Mark, a brother who was born in 1950, and three sisters, namely Patty, born in 1952, Lisa, born in 1956, and Maggie, born in 1958 respectively. They lived a happy life with the full support of their parents.

Matt Groening attended Ainsworth Elementary School. He then joined Lincoln High School for five years. In 1997, he graduated from high school and later enrolled in a liberal art school which is located in Olympia, Washington. He described   The Evergreen States college as ‘a hippie College’ meaning, a school with no classes or grades. During his time in school, he served as the campus newspaper editor. Whereafter he moved to Los Angeles to make a living.

Matt Groening was born in 1986, he married Debora Caplans, and they stayed together for 13years. Later in the year 1999, they divorced. During their period of marriage, they were blessed with two children (boys), namely Abe Groening, who was born in 1991, and Homer Groening born in 1993.

Matt Groening stayed single for quite some time, then married an Artist called Agustina Picasso in 2011, after four years of courtship. They were blessed with a son, Nathaniel Philip Picasso Groening in the year 2013. Mathew became a stepfather to Camille who was Picasso’s daughter

He is the brother-in-law to Dinosaur Train, Creig Bartlett, and Hey Arnold. He is Agnostic.

Matt Groening is straight. He is neither bisexual nor gay. In the year 1986, he was engaged to Debora Caplans, whom he married in the year 1986. They both had two children. In 1999, they divorced, and he stayed single until the year 2011 when he married Agustina Picasso, who bore him a son. They are happily married up to date.

Matt Groening, moved to Los Angeles in 1977, to build his career in arts, he started by engaging in low paying jobs such as writing, clerking (at a record store called Hollywood Licorice PIZZA), washing of dishes at a nursing home, ghost-writing (for a retired Western director) and others.

From experience, he gained at the record store, he was able to secure employment at the ‘Los Angeles Record’ which was a weekly paper record in the United States. His duties included; answering phone calls, typing, editing, and distributing papers. At this level, Matt Groening was able to start his career with comical travels which brought him an amazing breakthrough.

In 1994 and 1995 he wrote comical books from ‘life is Hell’ featuring ‘Bongo’ and ‘Zongo’. He further engaged in the filming of ‘The Simpson’ which was aired in the ‘Tracey Ullmans Show’, futurama. Currently, he has signed with Netflix in producing a series on ‘disenchantment’ in the year 2016. He had many other shows and projects running.

In 1998, he received the ‘Ikpot award’, ‘Kid’s Choice Awards’, in 2012 he was given the ‘Comic-con Icon Award’, ‘Genesis Awards’, in the year 2013 he won the ‘Writers Guild of American Awards for Animation Writers Caucus Animation Writing Awards’, and many others.

Net Worth, Salary & Earnings of Matt Groening in 2021

As of 2021, Matt Groening’s net worth is estimated to be $650 million. His earnings can be established from his several animated programs which are; the ‘Tracey Ullman Show’, ‘Futurama’, ‘The Pits’, ’Portlandia’, ‘Space Ghost Coast to Coast’, ‘Disenchantment’, ‘Simpsons’, Olive’, the Reindeer), and others.

His music videos, video games, and production of different films have added to his fortune. Matt Groening has also done sound productions for different movie programs, and he owns many television series and shows. His massive involvement in comedy including; acting, writing of articles, and publishing of novels has also contributed his totals.

Matt Groening described his college as ‘a hippie’ meaning, a school without grades nor classes.

Matt Groening is a well-known American comedian, actor, and cartoonist. His love for cartoons developed his interest in pursuing his career in arts.

His worldwide travel to explore his career has impacted positively on the growth and stability of America. His patriotism for his country has been demonstrated through his involvement in politics. He has campaigned and made donations to specific individuals and parties in different states of America. 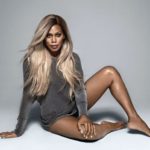 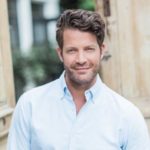