I think most of you must be watching one YouTuber or the other. Have any of you heard about Max Stanely or seen his videos? If not, let me tell you that he is a very famous YouTuber from Australia. He is known for his entertaining videos regarding prank calls, posting challenges, and much more. His YouTube channel has around 3 million subscribers and receives a lovely response.

On the 10th of August 1993, Max was born in the city of Perth, Australia. Unfortunately, there is no information available about his parents or his early life. But as soon as we get anything regarding this, we would update it on the website.

Unfortunately, there is no information available about the education and qualifications of Max. One reason for that might be that he became a YouTuber at a very young age. Anyways, whatever update we get regarding this, we would update that on the website.

Max is in a relationship with Katharine Foxx currently. Before that, he was also in a relationship with the famous social media personality, Xantia Jams. He suffered from some internal health problems because of which he had to get his Appendix removed back in 2010. Besides his relationships, he also has several friends in the YouTuber fraternity, such as iDubbbz, Filthy Frank, and ‘How To Basic’. He also has a black pet cat named Kyo. He also likes Juggling and is a pretty good juggler as well.

Max started his YouTube career in 2007 with the channel ‘Maxmoefoe’. Some of his initial videos included ‘Domino’s vs. Themselves–Prank Call’, ‘Neopets Gambling-Prank Call’ and ‘The Worst Sandwich Ever’. It was just a matter of time, as these videos received a raving reception. Over 11 years, he was able to clock around 3 million followers. This inspired Max to bring up even more entertaining stuff. Some of the top videos on his page are ‘HowToBasic Challenge’, Deadly Twister 2’ and ‘Slip ‘N’ Slide of Death’.

After some time in 2011, Max came up with three more channels named ‘Maxmoefoetwo’, ‘Maxmoefoegame’ and ‘MaxmoefoePokemon’. While the first one was focused on uploading bloopers, trolling videos, opinionated videos, and cut scenes and went on to 1.5 million subscribers with 150 million views.

The second one was a gaming channel having gameplay videos regarding some top games like Pokemon Go and GTA 5, and it went on to 1.6 million subscribers and around 300 million views. The third channel was a solely dedicated channel to the game Pokemon. It featured unboxing and Pokemon lego videos. This channel, too, gained a little less than 1 million subscribers with over 83 million views.

Unfortunately, Max has not won any award as of such so far. Though he is a very successful YouTuber and we hope that he wins some awards in the future.

Net Worth, Salary & Earnings of Max Stanley in 2021

Max is a famous YouTuber, running multiple successful YouTube channels. As of 2021, his net worth is estimated something around $1 million. It is said that his net worth dipped after his divorce.

Max Stanely is a famous YouTuber who runs multiple YouTube channels on entertaining crazy kinds of stuff, gaming, and Pokemon games. He has been doing this since 2007, and as of now, he has a very high number of subscribers and views on his channel. What makes his content so special is its unique and entertaining nature. At last, we would like to congratulate him on his successful YouTube career so far and would also like to wish him all the best in his future endeavors. 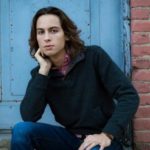 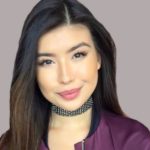