May Simón Lifschitz is a Danish actress and model who is best known for being cast as the character Chanel on Netflix’s Warrior Nun. Other than that, she has also made notable appearances in several Danish films and shows including Wild Witch, Yes No Maybe, and Christian IV.

May is represented by –

As a model, May is represented by TWO Management.

May has appeared in campaigns for various brands and designers including Victoria’s Secret and Adidas.

Facts of May Simón Lifschitz 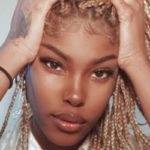 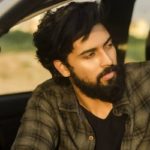