Maya Stepper is a German model who became internationally famous after appearing on the famous magazine ‘Vogue’ cover page. She is currently a resident of America and mostly works in the American entertainment industry. By the age of 25, she has worked with several national and international magazines. She has also worked for several famous fashion designers. She is a very good friend of American singer Dua Lipa.

Maya was born in Rothenbaunchaussee, Hamburg, Germany. In several interviews and through her social media posts, she revealed that it was just her mother and her. She never says anything about her father. It is rumored that her parents were divorced just after her birth. Her mother’s name is Rita Stepper. Anything regarding her profession is not known yet as Maya doesn’t like to talk about her parents or childhood.

But in a recent Instagram post, she has written that her mother suffered from a serious brain injury since 2003, which made her mostly paralyzed. She now needs to take very strong medicines to survive. She also wrote that to give her good education and a good life, her mother used to do three jobs at a time. She shares a very close bond with her.

As her mother couldn’t afford private school, Maya completed her education at a local state high school named Grundschule Kielortallee State High School. She got her school pass degree from there in 2008. She then continued her higher studies and got enrolled into Hochschule Fur Kunst Design und Populare Musik Freiburg College.

According to her, she was always a good student. She had Industrial design as her major in college. However, she couldn’t finish her study and dropped out of college because of her modeling career.

According to Maya, she had one boyfriend in high school but broke up for unknown reasons. In 2019, she first posted a photo of her and Mikkel Gregers Jensen, who is also a photographer and model. The couple apparently met in a photoshoot. However, she never revealed that how long they are in the relationship. Currently, she is in a live-in relationship with Mikkel. She has done a number of collaborative photo shoots along with her boyfriend.

Maya never identified her as a queer person. However, she is a huge supporter of the LGBTQA+ Community. She uses her social media often to promote various issues regarding LGBT issues. She also wished her fans pride month by posting a rainbow flag’s picture on her social media.

While studying in college, she was spotted by a model agency. Soon, she gave up her study and signed a contract with Modelwerk Talent Agency. She has appeared on the cover pages of several famous magazines, including Vogue. She was then featured in the famous magazine Victoria’s Secret. She did a bunch of photoshoots for their swim shoot campaign. She has also worked with famous fashion houses like ‘Free People’ and ‘Reformation.’ She has been the face of Vogue Italy and Turkey.

Maya is a well-established model and influencer. Though she has worked with several popular brands and magazines, she hasn’t won any awards for her modeling career yet. In an interview, she revealed that she is also highly waiting for some nominations as awards are an inspiration to her. However, her fans are sure that many recognitions are on her way because she is a very hard-working, dedicated model who is only 30 and has already become so popular.

Maya has been working as a model for the last ten years. She has worked with a number of national and international brands from where she has managed to secure a net worth of around $2 million as of 2021. She has also walked on the ramp on behalf of famous photographers, allowing her to earn a considerable amount of money. 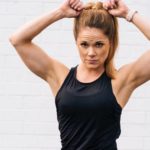 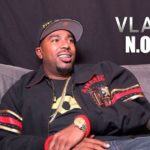