Lana Michele Moorer, who is known as MC Lyte, is a versatile personality. She has worked as a DJ, a narrator, songwriter, rapper, has spoken in public and motivated people, has also acted in various films, and is a mentor. She is a bold woman who started her career at an early age. She has struggled in multiple fields and has constantly been improving herself.

MC Lyte was born and raised in Brooklyn, New York. She was known as Sparkle on stage originally. Her initial interest in music was discovered when she started rapping in her early teens. At 14, she began recording her own track, and it took her almost two years to finally release it.

Lana was not much of an academic person and struggled with her grades. She was never much interested in attending school and hence started rapping at a very young age of 12. She graduated from Hunter College, New York. MC Lyte was more passionate about rapping and therefore commenced her career at a very young age.

MC Lyte met John Wyche on Match.com in 2016. He is a veteran in the Marine Corps and an entrepreneur. They got engaged in May 2017, and they got married in August the same year. Their wedding was in Montego Bay, Jamaica, and it was a musical wedding. They hired Reggae bands to play while she walked down the aisle. But three years later, in August 2020, she filed for a divorce.

MC Lyte is straight as far as sexual orientation is concerned. She has supported LGBTQ since a long time. She was also rumored to be gay until she married a man, John Wyche, in 2017. She always supported people to have an openly gay life and has expressed that in many of her interviews.

MC Lyte started getting interested in music in her teens. She started rhyming as a young girl, and later she sang her first debut, “I Cram to Understand U,” when she was just 16 years old in 1987. She had written that song when she was 12. She released her first album Lyte as Rock, in 1988.

That was the first time a female rapper had released a solo album. She performed on “Yo! Unplugged Rap”, which was the first MTV Unplugged to include rappers. She also performed in Madison Square in a famous show called “The Greatest Rap Show Ever”.

In August 1996, after she signed a contract with Elektra Records, she became more oriented to R&B and dance genre. But the people liked that change, and it became one of her most sold albums. She also has done acting. She started off with theatrical plays in 1991, her first one being Club Twelve. She got a chance to work in a movie called Fly by Night.

In 1996, she won Soul Train Lady of Soul Awards for her single “Keep On Keepin’ On”.

She was awarded “The Trail Blazer Award” by The Trumpet Awards in 2019.

As of 2021, MC Lyte’s net worth is $10 million. She is amongst the top 20 of the World’s Richest Female Rappers. She has been a very successful rapper and has been a versatile woman. She worked as an actor, rapper, songwriter, she has done voiceovers for many companies, and she has also been a mentor to many.

At Michael Jordon’s 50th Birthday and his wedding reception the same day, she played as a DJ and brought the liveliness to the party.

MC Lyte has worked hard to reach the success she has achieved today. She has always taken steps without fear and has triumphed over the obstacles. Many women find their inspiration in her, and she never hesitates to provide a helping hand to people who need mentorship. Also, supporting LGBTQ and the idea of being open about gay relationships has helped hugely in the modernization of the world. Indeed, she has been a legend and surely has far more to achieve. 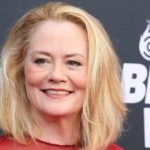 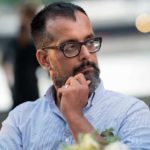