McKayla was born in a family of sportspeople. Her mother participated in figure skating and high school sports while her father was a footballer at Purdue University. Therefore, the chances of her joining in the world of sports were very high and for sure she did. McKayla started her competitive career at a very young age and there was no turning back for her.

Today she is famously known as a former member of Fierce Five which was an American women’s gymnastics team. They participated in the 2012 Summer Olympics as a team. She has won several gold medals for the teams she has worked with since she join the gymnastics world.

The news of McKayla’s arrival was received on the 9th of December in 1995, and she was named McKayla Rose Maroney by her parents Mike and Erin Maroney. At the time of her birth, her parents were living in Aliso Viejo in California, USA. Her father studied at Purdue University where he was a quarterback while her mother was a figure skater in high school. McKayla is Irish-Catholic and American by birth.

McKayla is not the only child of Mike and Erin Maroney as she has two siblings named Kav and Tarynn. Her parents did not only love sports, but they were ready to do anything to support their kids in their dreams.

Unlike other kids who are taken to school to start their school-life, for McKayla, things were a bit different. In many of her interviews, she says that she started watching Tarzan and doing crazy things when she was still very young. Therefore, her mother felt the best thing to do is to put her in gymnastics. She was therefore, taken to gymnastics when she was roughly two years old.

Since it was not possible for her to continue with her normal studies and still train as an elite gymnast, it was necessary for her to go through homeschooling. It, therefore, seems like she never saw the inside of a classroom for all her childhood years.

McKayla had a very busy childhood life. Unlike other teenagers who have the time of everything, they want to do in the world. McKayla spent her childhood and teenage years training and being involved in different gymnastic competitions. At the age of 13, her professional career had already started. This might be the reason why she has never had any time of dating or being in a relationship. On the other hand, it might be she decided to keep her love life away from the public. But as it is, she is suspected to be single.

The fact that Mckayla has not been in any relationship or doesn’t life talking about her personal life is not enough reason to conclude that she is a lesbian. We can only assume she is straight until otherwise proven.

As recorded above, this champion started off her career at a very young age. At the age of nine years old back in 2009, she got an opportunity of participating in her first major competition. This was the Visa Championships which was held in Dallas, Texas. After this, she moved from Gym-Max which was located in Costa Mesa, California and started training in Los Angeles.

At Los Angeles, she got another opportunity and this time the competition was at the Covergirl Classic which was held in Chicago Illinois. Every opportunity she had opened better doors for her. In 2012, she participated at the Olympic Trials which were held in San Jose California. This saw her become part of the U.S Olympic Women’s team together with Kyla Ross who was her good friend.

McKayla has received very many medals in her career life. Some of these include the Silver medal honor she received at the Summer Olympics in 2012, during Tokyo World Champion, she received a gold medal. At the City of Jesolo Trophy, she received Best All Round Gymnastic Tag among many other honors.

Net Worth, Salary & Earnings of Mckayla Maroney in 2021

Sports might be challenging and demand a lot of discipline but the good thing about it is that it is rewarding. Although Mckayla is already a retired gymnast, she is still able to enjoy a comfortable life from her earnings when she was in the field. As of 2021, her net worth stands at $4 million all of which she has earned from her career as a gymnast.

McKayla was very lucky to have parents who were very supportive of her career. At the same time, she was committed to giving her best when she was presented with opportunities of taking part in various competitions. 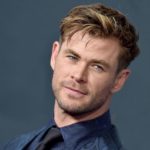 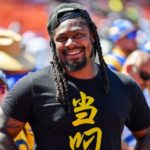