Megan Rapinoe is an American professional soccer player who has captained Reign FC in the National Women’s Soccer League (NWSL) and has co-captained the women’s national soccer team where she is renowned for her crafty play as a winger. She starred in her country’s World Cup triumphs in 2015 and 2019 and won a Gold medal at the 2012 London Olympics. Megan was honored with both the ‘Ballon d’Or Féminin’ and ‘The Best FIFA Women’s Player’ awards in 2019.

Megan had attended and graduated from the Foothill High School in her hometown of Redding. She then attended the University of Portland in Oregon where she used to play for the University team on a full scholarship.

She is of Italian, Irish, and English descent.

She often tends to dye her hair pink, silver, or purple.

Megan has served as the brand ambassador for brands like –

She has appeared in the TV commercials for – 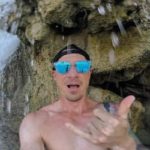 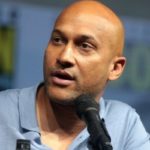