There is however a very big difference between people who venture into a certain industry out of passion and those who settle on it for the rewards it brings with it. For Mel Robbins, she falls under the category of people who join the industry out of love and passion in serving people. Therefore, she has not only settled on the law industry as a lawyer but she goes beyond that. She works as an author, television host and a motivational speaker.

It was on the 6th of October in 1968 when a beautiful little angel was born and they named her Melanie Lee Schneeberger. Mel was born in Kansas City, Missouri in the United States of America which makes her American by birth. She is the daughter of Marcia Schneeberger but the name of her father still remains a mystery to date. It is also not clear whether Mel is the only child in the family or she has other siblings. We are however still trying to do our research and once we find any substantial information, we will update it here for you.

Although Mel was born in Kansas City, Missouri in the United States, she was raised in North Muskegon, Michigan and she enjoyed every day of her life as a child. Her mother valued education very much and she could do anything to ensure her daughter was well educated. There is no information of the school where Mel Robbins started her schooling.

However, after graduating from high school, she was enrolled into Darthmouth College. This was not enough. Mel loved school and she therefore worked very hard to do her best in school. After graduating from Dartmouth, she joined Boston College Law School from where she graduated with a J.D degree in 1994. This marked the beginning of her career in law.

Love is a special experience that makes people change and become totally different from the people they were from the beginning. Love might give you a positive impact in life but sometime, it might give you a negative impact. Luckily, for Mel, she received a positive influence from her husband Christopher Robbins. The two exchanged their marriage vows in 1996 and the two have been together and happily married to date. They had their nuptial held at the bride’s family house and on Bear Lake which is located in North Muskegon, Michigan. For a honeymoon, the couple chose Montana.

Mel and Robbin met at a black-tie party in 1994 at the Puck Building. They dated for one year before realizing that what they had was stronger than they thought. Therefore, they felt it was mature enough to take it to another level and this is when they got engaged and after some time, they exchanged their marriage vows.

Christopher is a restaurant owner, an entrepreneur and a yoga teacher. Their union has been blessed with three kids named Kendall Iris, Oakley Robbins and Sawyer Laurel. After their marriage, Melanie Lee Schneeberger took up her husband’s name and is today famously known as Mel Robbins.

Mel might have not revealed any information about her past relationships before she met her current husband. However, the fact that they have been married for more than 20 years now, and they have three kids together is enough to prove that she is not a lesbian.

Mel started off as a criminal defence attorney and she also worked as a host of Cox Media Group’s The Mel Robbins Show, Fox’s Someone’s Gotta Go and A&E’s Monster In-Laws. She assumed these positions for several years before she was hired by CNN as a legal analyst. As an author, she published her first book titled Stop Saying You’re Fine: Discover a More Powerful You in 2011. She was invited at TEDx San Francisco where she spoke a psychological termed as “the five second rule”. This talk has been viewed for more than 20 times on YouTube.

Mel Robbin’s intention was to see the lives of people get transformed and she has for sure achieved her goal. As a way of appreciating her for being among the best hosts, she was awarded with the Gracie Award.

Net Worth, Salary & Earnings of Mel Robbins in 2021

It is not just about fame, in her commitment to serving people and bringing a difference in their lives, Mel has also earned great wealth. As of 2021, her net worth is estimated at $15 Million and is expected to rise even higher with time.

Commitment in your work is one thing that brings a difference in your life. Mel decided to take up her career as an avenue of bringing life to the world. As a result, she has not only earned wealth and fame but she has also transformed many people’s lives. 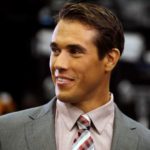 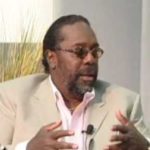