Your success is not solely dependent on how long you have been on a certain career but how good you are at what you do. When you give your best, you will easily climb the ladder of success despite the challenges you face on the way. One of the people who have learnt this and have embraced it is Mia Wasikowska.

Mia is a well-known Australian actress who has been featured in different projects. She was first featured on All Saints in 2004. This was followed by another project in Suburban Mayhem in 2006. These two are however not her best work. Her appearance on In Treatment which is a HBO television series is what sold her to the audience. In 2009, she appeared on That Evening Sun which has also become part of her best work.

It was on the 25th of October in1989 when Mia was born as Mia Wasikowska in Canberra, Australian Capital Territory. This is also the same place where she was raised and spent much of her life as a child. She is not the only child in the family as she has a younger brother named Kai and an older sister named Jess. Mia’s father is named John Reid and he is Australian, while her mother is named Marzena Wasikowska and she is a Polish-born photographer. Her father is a photographer and collagist.

When she was 8 years old her mother received a grant of producing a collection of work that was based on her own experience as an emigrant to Australia from Poland at eleven years in 1974. For this reason, she was forced to move to Szczecin, Poland for a year and she moved with her family including Mia. Mia and her two siblings were part of the production as subject but they had an easy time as all they need was to continue with their daily activities then they mom would take their photos.

When it comes to her schooling, she started her studies at Cook Primary School and later joined Ainslie Primary School. After she was done with her high school studies, she joined Canberra High School then graduated from Karabar High School which is located in Queanbeyan that is not far from Canberra.

Apart from acting, she had a great passion for dance and she therefore joined Canberra Dance Development Centre at nine years old where she studies ballet with Jackie Hallahan. She gave a total of 35 hours per week to her dancing career at 13 years when she began dancing en pointe. Although she worked so hard to become a professional dancer, her dreams were hampered by a spur on her heel. The pressure of perfecting her skills in ballet dancing was too much and she therefore decided to quit at 14 years.

Mia is such a beautiful girl who loves and takes advantage of every chance she gets to enjoy life. Although she is currently not married, she has given herself an opportunity to love and be loved back. In 2013, during the shooting of “The Double”, Mia fell in love with Jesse Eisenberg, who is an American actor. The couple was so much in love with each other that they would be spotted kissing in public. Unfortunately, their love lasted for only two years since they parted ways in 2015. Currently, there are rumours that she is dating Robert Pattinson who is also an actor. The two started dating in 2018 and are together to date.

Although she was initially forced into a career in dancing, she later gave up and decided to pursue a career as an actress. Today, she has been featured in very many projects. Some of these include; The Kids are All Right, Stoker, In Treatment, Suburban Mayhem, Lawless and All Saints among others. She has also appeared on Judy and Punch, Damsel and The Man with the Iron Heart just to mention a few.

Mia has not only earned fame in the film industry but she has also received great recognition in form of awards and nominations. These include; Independent Spirit Awards, Teen Choice Awards, British Independent Film Awards and Fangoria Chainsaw Award among others.

Net Worth, Salary & Earnings of Mia Wasikowska in 2021

Thanks to her hard work as an actress, Mia has earned great wealth. As of 2021, she has a net worth of $10 Million and is expected to rise even higher in the coming years.

Born and raised by photographers, Mia did not only fall in love with photography but also with acting. Today, she has become one of the best actors of all times. 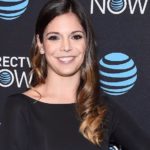 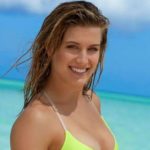