Michael Constantine is a famous American film and movie actor of Greek descent. He is best known for starring as Kostas “Gus” Portokalos in the 2002 hit film “My Big Fat Greek Wedding” which made him garner huge following. He has also featured in other films such as ABC sitcom “Room 222” as Seymour Kaufman with his role winning the Emmy Award for best supporting actor in 1970.

Michael Constantine was born on 22nd of May 1927 in Reading, Pennsylvania, United States. He is the talented son of Theocharis Loannides Efstratiou a steelworker and Andromache Fotiadou a home maker. They were both Greece immigrants. He was raised in a poor family and so his parents did not have the money to finance his career in acting so he did odd jobs to finance himself in his acting classes.

We don’t know the name of the schools he attended, however; we know that he financed his own education. He studied acting alongside very famous mentors such a Howard Da Silva. He had an open opportunity to play character roles in his mid 20’s on and off-Broadway.

Michael met his wife Julian McCarthy while they were casting “inherit the Wind”. The two became fond of each other and after dating for a while they decided to get married on October 5, 1953. The two became parents of two beautiful children named Brendan Neil and Thea Eileen. Their marriage ended in the same year that he got the role in the film “Room 222” that is in the year 1969. Then in 1974 he began dating Kathleen Christopher, a board-certified pediatrician. The two were married for almost six years before they separated on 15 August 1980.

Michael has been married twice in his life. His second divorce happened in the year 1980 and since then we have never been rumored or even been seen in any other relationship. This makes us not sure about his sexuality since his relationship details have been kept a secret since then.

Michael’s career began in the mid 50’s as an understudy to Paul Muni in “Inherit the wind. He appeared in his first film in 1959 called “The Last Mile”. Then in 1961, he had a notable supporting role in “hustler”. The following year he featured as murder on “Perry Mason”. Then after that, he appeared in “The case of the runaway Racer” and also in “Case of the Blonde Bonanza”.  Then in 1967, he appeared in the two-episode conclusion of “the Fugitive” for the first time.

In 1979, he appeared in “the North Avenue Regulars” a world Disney caper film and later appeared in the television version of “The Untouchable”. Further, in 1989 he played as Santa Claus in “Pracer”. Four years after he appeared “Question of Faith” the independent drama.  In 1996 he featured as Tadzu Lempke in “Thinner”. In 2002, he surprisingly made a comeback in the hit movie “My Big Greek Wedding 2”as Windex-toting Gus Portokalos which was released on March 25, 2016.

In his over four decades career Michael has been able to be the best he can be.  He has acted in numerous movies and films that have earned him recognition. His roles in “Room 222” have won him Primetime Emmy Awards for outstanding Supporting actor in a comedy series that was in the year 1970. He also won the Satellite Award for the best supporting actor in a comedy or musical.

Net Worth, Salary & Earnings of Michael Constantine in 2021

Michael’s net worth has gradually increased throughout his career as an actor. He has primarily earned his worth by being a talented actor. The movies “room 222” and “My Big Fat Greek Wedding” and its sequels are the most successful movies that have earned him the highest amounts amongst other notable movies and films.  He is very successful in acting a career that has earned him a net worth of $2 million as of 2021.

He started his acting career in his early 20’s and when he was starting he experienced several setbacks that did not break his dream. He was so determined to make it as an actor that he even substituted his acting with other jobs. He is now advanced in age and he has made significant difference in the entertainment industry. He is a legendary icon that has been a role model to many people all over the world. 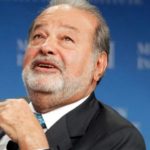 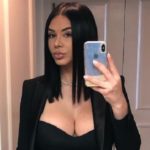