Michael Stevens is a popular American educator who is known for the popular YouTube channel called ‘Vsauce’. He is into multiple disciplines and is also an internet celebrity, comedian, public speaker, entertainer, and editor. Stevens is one of the most successful YouTube artists with more than 16 million subscribers. His videos have received over 2 billion views. He is also the creator of the YouTube series called ‘Mind Field’.

Michael David Stevens was born in Kansas City, Missouri, on January 23, 1986. When he was only five years old, his family moved to Stilwell, Kansas. He was passionate about knowledge from a very young age, and his father was a chemical engineer.

Stevens went to Blue Valley High School and developed a comedic personality. He used to participate in informative speeches as well as drama clubs. Following that, he went to the University of Chicago and earned a degree in English literature and psychology. He was also interested in video editing when he was still in college.

In 2016, Michael Stevens got married to Marnie. The couple has a daughter, Maeve Stevens. He was in London, England from 2012 to 2016. Currently, he lives with his family in Los Angeles, California.

The straight answer to the question is a “No”. Michael Stevens is an educator who has been successfully married to his wife. He embraced fatherhood and has a lovely daughter. The sexual orientation of Michael Stevens is neither gay nor bisexual.

In 2007, Michael Stevens produced his first video content with the username “pooplicker888”. He then came up with “CamPain 200” and produced short comedic videos about the 2008 U.S. presidential election candidates. That same year, Stevens moved to New York City to be a part of the group ‘Barely Political’.

He has also served as an editor of the series ‘The Key of Awesome’ for Mark Douglas. In 2010, the YouTuber came up with the channel ‘Vsauce’. In the beginning, it was on video game culture. Soon he moved to educational content.

Michael Stevens then came with the YouTube channels Vsauce 2 and Vsauce 3. His primary channel was completely devoted to educational discussion. Michael then started to works as a content strategist for Google. This made him a successful public speaker, and he also presented TED talks.

He teamed with YouTube Premium for ‘Mind Field’ in 2017. His show invited some of the popular people from the scientific community. To prevent the demonetization due to the policies of YouTube, Stevens changed the name of “DONG” to the “D!NG” channel.

In 2013, Michael Stevens won the RealPlayer Video Visionary Award in the category of “Education”. He has won the Webby Awards three times in his career. For ‘Vsauce’, he has won two Streamy Awards in 2015 out of three nominations.

Net Worth, Salary & Earnings of Michael Stevens in 2021

As of 2021, Michael Stevens has an approximate net worth of $8 million. The educator is active in different fields that made him amass this net worth. He is a highly successful YouTuber with over 16 million subscribers. Michael has traveled in many countries across the world, and he serves as an inspiration to many.

He is an expert in different subjects and is also a comedian and a public speaker. Stevens is very active in his profession, and we can expect to see an increase in his wealth. He is multitalented and has come up with many new ventures.

The success of Michael Stevens has made him win many awards. He serves as an influential person to many. Stevens has got fans from across the world, and he made people learn a lot of new things. He has covered different topics so that there can be something for everyone. 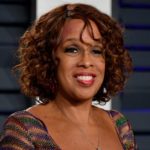 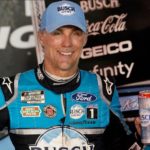