Mayte Michelle Rodriguez, or simply Michelle Rodriguez is a prominent television and Hollywood actress who is known for playing a lead role in the Fast and Furious series. She is considered one of the most iconic actresses in the action genre and is well known for her characters in the blockbuster film Avatar and The Fast and the Furious film franchise.

Mayte Michelle was born on 12 July 1978 in San Antonio, Texas, to Carmen Milady Rodriguez, a Dominican, and Rafael Rodriguez, who was Puerto Rican and worked in the American Army. She has ten siblings and half-siblings altogether. Her maternal grandmother raised her after she moved with her mother to Puerto Rico. Michelle always dreamed of becoming a director and screenwriter.

Michelle was a dropout from William L. Dickinson High School. In one of her interviews, she has said that she was expelled from five schools. She even attended a business school in New Jersey for a brief period before starting her acting career.

Michelle’s relation with her father was not so significant after moving with her mother to Puerto Rico. In 2001, she dated her co-star Vin Diesel but later broke off. She was also in a relationship with her co-actress named Kristanna Loken. She has been arrested several times for physical assault, drunken driving, hit-and-run, and speeding violations. She also dated the popular British model Cara Delevingne, who is in fact 14 years younger than her.

Publicly many times, Michelle has claimed that she is bisexual; she is attracted towards both men and women. She was involved in many relationships with men as well as women. Thus, she may not be a lesbian, but she definitely is bisexual.

Michelle began her acting career in the year 2000 with a role of a troubled teenage girl who trains to be a boxer in an independent movie called Girlfight. This film was critically acclaimed, and her performance won the hearts of the audience. In 2001, she played the character of Letty Ortiz in the blockbuster movie The Fast and The Furious and later continued to play her character in the following six films of the same film franchise.

Michelle has played notable roles in several successful Hollywood movies such as Resident Evil, Battle in Seattle, and Machete. In 2009, she starred in Avatar, a sci-fi adventure movie, and became one of the highest-grossing movies in history.

On television, she played a fictional character called Ana Lucia Cortez in the second season of Lost. She has also featured in several video games such as Halo 2 and Driver 3 and various music videos such as “Confident” and “Nice For What.”

Her debut performance in the movie Girlfight received several awards, including the prestigious Gotham Award and the Independent Spirit Award. For her superb acting skills, she has been nominated for several awards.

Net Worth, Salary & Earnings of Michelle Rodriguez in 2021

Mayte Michelle estimated net worth is around $30 Million as of 2021. Her primary source of income comes from being an actress and starring in several Hollywood movies. She earned most of her wealth from playing the lead character in the Fast and Furious movie franchise along with Vin Diesel and late Paul Walker.

During her childhood days, Michelle was not allowed to watch movies, but she is a top Hollywood actress in today’s world. She had no money and could not even afford to go to work when she was shooting for her first film but has a net worth of millions. Her fans love her all around the globe, mostly by the name of Letty. 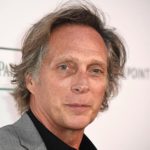 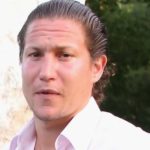