Midori Francis is an American actress and producer who had started her career with single-episode cameo appearances such as Lin in the comedy-drama TV series Younger (2016), Emma Hsueh in the action crime drama TV series Gotham (2017), and Katie in the comedy-drama TV series Divorce (2018). She came into prominence in 2019 for portraying the character of Lily in the sleeper hit coming-of-age comedy film Good Boys and Lanie Bouchard in the horror TV series The Birch. Besides that, she has acted in movies such as Ocean’s Eight (2018) and South Mountain (2019).

Midori, after her high school graduation, had joined the Mason Gross School of the Arts at the Rutgers University in New Brunswick, New Jersey. She had graduated from the theater department there in 2015 with a BFA (Bachelor of Fine Arts) degree in acting.

She had been featured in a TV commercial for the diversified global insurance company Liberty Mutual Group, where she had played a woman who had totaled a car (damaged it to such an extent that its repairing cost exceeds its actual value) named Brad that she absolutely loved. 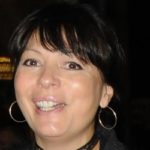 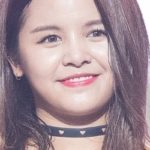