Making it in life as a comedian is not an easy task. It demands a lot of commitment and creativity as you can never repeat the same joke twice and still call it comedy. For this reason, many comedians join this field then after a few years, they quit as they become irrelevant. But for Mindy Kaling, this is what she was called to do, and she is ready to give her best to ensure that she reaches her goal in the film industry and especially as a comedian.

Mindy came to existence on the 24th of June in 1979, and she first landed in Cambridge Massachusetts. Her parents Avu Chokalingam and his wife Swati Chokalingam were eagerly waiting to welcome her home. Her mother worked as an obstetrician/gynecologist while her father worked as an architect. Kaling’s parents trace their roots from India but they both moved to Nigeria to work in a hospital.

Her father is a Tamil but was brought up in Chennai (Madras) while her mother is a Bengali raised in Mumbai. The two decided to move and settle in the United States of America in 1979 and this is the same year Swati gave birth to Kaling. Unfortunately Kaling’s mother suffered from pancreatic cancer, and she passed away in 2012.

Mindy started her studies at Buckingham Browne & Nichols which was a private school located in Cambridge where she graduated in 1997. In 1998, she joined Dartmouth College and joined a comedy group known as The Dog Day Players as well as an a cappella group known as The Rockapellas. Mindy was the creator of a comic strip that she named Badly Drawn Girl in the college’s daily newspaper named The Dartmouth. In 2001 she graduated from Dartmouth College where she received a bachelor ’s degree in playwriting.

Kaling met B. J. Novak and the two of them fell in love. Kaling met Novak when she was writing for The Office and the two were cast under different characters as Kelly Kapoor and Ryan Howard. Kaling and Novak had a lot of misunderstandings and therefore their relationship was always on and off but eventually they both got tired of it and parted ways. The two dated for two years from 2005 then they parted ways in 2007.

The following year in 2008, she started dating Benjamin Nugent and just as her first relationship, this too didn’t last long. After four years of relating with Nugent, they decided to call it quits in 2012. There is no information of her other relationships after she broke up with Benjamin.

Mindy might have gone through so much as her love life is concerned, and she might have so many secrets, but she is definitely not a lesbian. The fact that she has been in two relationships with two fine gentlemen is enough prove that she not a lesbian.

The fact that Mindy knew she wanted to be in life and was always ready to do whatever it’d cost to get there doesn’t mean everything went on smooth. In the beginning, she was working as a production assistant a post that she never enjoyed at all. Actually, she confesses that this post was a very depressing job.

However, she never gave up and it was after her patience that she landed an opportunity in a play known as Matt & Ben in 2002. Time magazine named this as “Top Ten Theatrical Events of The Year”. “The Office” hired her in 2004 as a writer-performer where she was cast as Kelly Kapoor in the series. This is exactly what she was waiting for; an opportunity to prove how good she was as an actress. Within a very short time, she was given a full executive producer post for the show.

There was no stopping for Mindy and therefore, she became the writer and producer of the famous The Mindy Project which came to an end in 2017. Mindy has had many appearances and some of them are listed below: License to Wed, The 40-Year-old Virgin, No Strings Attached and Night at the Museum among many others.

When it comes to success in any field, it is not always about the money and the fame you earn but also the recognition. For Mindy, her hard work and commitment has earned her several awards and nominations. Some of them are: Writers Guild of America Award for Television in 2007, Screen Actors Guild Award in the category of Outstanding Performance by an Ensemble.

Net Worth, Salary & Earnings of Mindy Kaling in 2021

Apart from fame and satisfaction, another thing that drives us into fighting to reach our goals is to be in a position of living a comfortable lifestyle. Luckily, Mindy’s hard work and commitment in the comedy industry has earned her more than she could ever expect. At the moment, her net worth has been estimated at $40 million as of 2021. Although she is gifted in many fields, it seems like she gives her acting career much weight.

Mindy Kaling has earned a lot of respect in the comedy and film industry. After working so hard to achieve her goals, today we can comfortably say that she has reached her goals and realized her dreams. At the same time, she has a lot to teach her colleagues and upcoming actresses and comedians about hard work and perseverance. 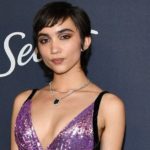 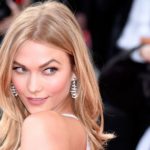