Mira Sorvino is a veteran American actress, whose Hollywood career peaked in the 1990s with movies such as Mighty Aphrodite (1995) and Romy and Michele’s High School Reunion (1997) among several successive film projects. In 2017, she was one of the many actresses to level allegations of s*xual harassment against Harvey Weinstein that fueled the #Metoo and #Timesup movement in Hollywood. Although she never stopped working, she particularly resurrected her career after 2014 by booking diverse roles in TV shows and films. She has a huge social media fan base with more than 200k followers on Twitter.

Council on International Educational Exchange (CIEE) placed Mira to study in Beijing, China for one year during her undergraduate education where she also became fluent in Mandarin, Chinese.

Mira Sorvino is represented by –

She made her theatrical film debut in an uncredited role of a factory worker in The Stuff in 1985.

She made her first credited feature film appearance as the character of Laura in Amongst Friends in 1993.

As a voice actress, she made her feature film debut by lending her voice to the character of Carol Purtle in a short, animated film called Frozen in Time in 2014.

She made her TV show debut as Sophia Eva McCormick De Castro on the teen drama series Swans Crossing in 1992. 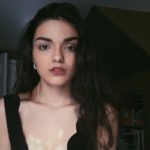 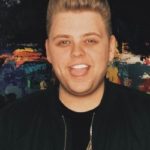