We all have a story about our lives whether it is a successful one or a not-so successful one. When we have a successful story, we want everyone to read about it, but when things don’t go so well for us, we get disappointed and tend to easily give up. The good thing however is, if you have enough faith in yourself, it is easy to rise up above your challenges and overcome the fight.

This is probably the gospel that Missy Gold preaches to her clients since she decided to quit acting and become a psychologist. Before she quit acting, she had been featured in many projects. Some of these include; The Hard Boys/Nancy Drew Mysteries, Eight is Enough, Trapper John, Fantasy Island and Benson just to mention a few.

It was on the 14th of July in 1970 when Missy Gold was born as Melissa Fisher. She is the daughter of Bonnie Fisher and her husband Joe Fisher. At the time of Missy Gold’s birth, her parents were living in Great Falls, Montana in the United States of America which makes her American by birth. She has a sister named Tracey Fisher who is also an actress. Although their life was okay and they enjoyed living in a complete family, this didn’t last long as their parents later divorced and went their separate ways.

Their mother decided to remarry and she had a great man who accepted to adopt Melissa and her sister Tracey. Therefore, they changed their surname from Fisher to Goldstein, and hence her name Missy Gold. Her mother also had additional kids with her second husband Harry Goldstein who became Melissa’s half siblings. These are; Brandy Goldstein and Jessie Goldstein who are also in the film industry. There is no much information about her biological father including whether he is alive or not. At the same time, her mother’s and stepfather’s occupation and current status is also not available to the media.

Not all kids are as lucky to find a step father who is as long as Harry Goldstein was. Although Missy Gold doesn’t talk much about him, the fact that he agreed to adopt them and give them his surname tells a lot. At the same time, he ensure that they were educated in the best schools they could afford at that time. For Melissa’s high school studies, she was enrolled to Chamide College Preparatory High School.

Missy Gold is a married woman and seems to enjoy her marriage. However, she is not very open about her love life and is therefore quite challenging to have a touchy story about it. As she is currently named Wiedmann, it is clear that her husband is named Wiedmann but that is all that is available at the moment. There are also chances that she has kids but have decided not to discuss them in public. Considering she is a specialist in individual therapy and much of her time is dedicated to postpartum patients, anxiety disorders and eating disorders in both adults and kids.

Although we don’t have any tangible information about her love life, the fact that it has been confirmed she is married to Wiedmann proves she is straight.

During her career as an actress, Melissa was featured in many projects where she played different roles. Some of these include; Captains and the Kings as Mary Armagh, Sword of Justice as Nancy, The Hardy Boys/Nancy Dre Mysteries as Grace among others. In addition to this, she was also featured in different television films including Little Mo as Benda Brinker and Ishi; The Last of His Tribe as Little Girl just to mention a few.

As at now, she has not received any awards and nomination but she has worked really hard to bring a difference in the lives of many people as a psychologist. This is great achievement in itself.

Net Worth, Salary & Earnings of Missy Gold in 2021

Thanks to her career in acting as well as a psychologist, Melissa now has a total net worth of $1 million as of 2021.

It takes a lot of courage to quit from one career and concentrate on another one. This in itself makes Melissa a great woman. 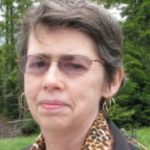 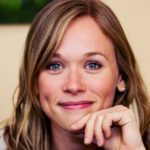