Misty Raney Bilodeau, popularly known as Misty Raney, is a homesteader, rancher, and constructor who lived in Alaska for most of her life. After appearing in Homestead Rescue, she became popular and known to the world, which was an unscripted television series of the Discovery Channel Network.

Misty was born to parents, father Marty Raney and mother Molley Raney, on 9th November of 1981 in Sitka of Alaska, but the family movies to Haines where Misty eventually grew up. She is not the single child of the family as she has three siblings named Melanee, Matthew, and Miles. Misty and her siblings grew up on the challenging Alaskan terrain, where they were taught how to survive in the wild and climb mountains. This is the main reason behind her becoming successful what she is today, as it is known that the family went on various expeditions in the wild.

Unlike other popular celebrities who like to post about their daily life on social media and are even vocal and discuss their loves with the media, Misty likes to keep her personal life private, away from the prying eyes of the media. That is the main reason why not much information is available about her childhood or even her present life, which has also resulted in the media not being able to gather information about Misty’s academic career like were going to school, did she attend university or not, and if she did, then from where majoring in which subject.

Her educational qualifications are still unknown, yet there is no doubt in the fact that she has managed to learn the biggest lesson of her life that is survival living amidst beautiful nature along with her family, who were used to going on.

The media assumes that Misty must have had other involvements in romantic relationships before her engagement with Maciah Bilodeau who is currently her husband. But those assumptions are considered vague as there is no evidence to support the same. Misty was in a relationship with her former boyfriend, now husband, Maciah Bilodeau. The exact date of their marriage is not known, but as per reports, the couple has been living together since the year 2000.

Maciah is a craftsman who also knows to surf like a professional; the couple has a son together, born in April of the year 2011, who they named Gauge. Gauge is now eight years old and is also an amazing surfer, just like his father. The family lives in Hatcher Pass of Alaska during the summers and travels to their Hawaii home during the winters, which is evident from the regular updates Misty uploads on her social media handles.

Even though not a lot of information is available on the internet about Misty’s previous relationships, it is known that she is married to Maciah, who happens to be a man and even has her own children with him. It is safe to conclude that she is anything but a lesbian, as she revealed in an interview that she identifies herself as a straight person.

Misty has made her career based on the foundation of what her family has been like meaning the way her family brought her up amidst the wild helped her choose what she wanted to do later. She is a professional mountain climber and dweller, strategic facilitator, and homesteader and is known for her skills of verifying clean water, solidifying the structure of frail homes, building nurseries.

Her abilities to survive in the wild got her and her family an unscripted television series named Homestead Rescue that aired on the Discovery Channel network. In the series, she, along with her father and brother, demonstrates how to treat trash into composts, build nurseries and survive in the wild.

There is no record of Misty’s award achievements available on the internet yet the popularity and appreciation that she receives from her audience as a homesteader and survivor of the wild is commendable and must mean more to her than any materialistic award.

Net Worth, Salary & Earnings of Misty Bilodeau in 2021

Misty’s net worth is estimated to be around $400 thousand estimated as the current year 2021. Most of this is generated from her appearance in the television series of the Discovery Channel named Homestead Rescue.

Misty Bilodeau is a very brave personality who likes to dwell in the wild, challenging nature. She is also an example of how a family foundation can be responsible for how the children conduct themselves when they grow up, as she chose the career of a homesteader after loving in the wild and the mountains for almost half of her life with her family. 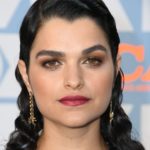 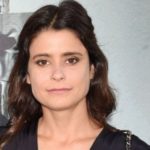