Mukesh Ambani Dhirubhai is a billionaire businessperson, chairperson, managing director, and Reliance Industries Ltd (RIL) stakeholder. The firm is among India’s most successful companies because of its market value. Mukesh Ambani is the second richest person in Asia, having a net worth standing at $80 billion.

Mukesh Ambani was born on April 19, 1957, in Yemen, (formerly called the British Crown territory of Aden. He was born to Kokilaben Ambani and Dhirubhai Ambani. He has a younger brother named Anil Ambani and two sisters, Deepti Dattaraj Salgaocar and Nina Bhadrashyam.

Ambani grew up in Yemen but for a little while, because his family decided to relocate to India in 1985 to open a trading business. They opened a business based on spices and textiles only. Originally, the latter was called Vimal but was later changed to Only Vimal.

Ambani’s family stayed in a luxurious two-bedroom apartment located in Bhuleshwar, Mumbai, until the 1970s. His family’s financial status became better after relocating to India; however, he stayed in a communal society for Ambani and used public transport. He never received any allowance. Ambani’s father later bought an apartment of 14 floors called Sea Wind in Colaba, where Ambani and his brother lived with their families, but on different floors.

Ambani and his brother joined Hill Grange High School located at Peddar Road, Mumbai. He had a friend called Anand Jain, who later became his closest associate. He later joined St. Xavier’s College, Mumbai. Ambani later joined the Institute of Chemical Technology, where he graduated with a BE Degree in Chemical Engineering.

He later joined Stanford University to study MBA, but he later dropped out of college in 1980. Ambani dropping out of college was to aid his father build Reliance, which was still young by then. Ambani’s father called him back to India from Stanford to manage his manufacturing project.

In 1985, Ambani married his lover, Nita. Together they have three children, namely, Isha, Anant, and Akash. The two met after Ambani’s father attended a dancing party, in which Nita was part of the dancers. That was when Ambani’s father decided to arrange a wedding between the two.

Ambani and his wife Nita currently reside in Antilia, a 27-story apartment in Mumbai. It was the most expensive building in the world when it was built. The building has a 160-car garage, swimming pool, a fitness centre, three helipads, and a private movie theatre. It requires 600 staff members to maintain.

Anita received a $60 million Airbus A319 as a birthday gift from Ambani. The Airbus consists of; a satellite television, sky bar, Jacuzzi, living room, bedroom, office, and Wi-Fi.

His favourite meal is idli sambar, and Mysore Café restaurants remain his best place to eat a meal. He is a strict vegetarian and a teetotaler. He loves watching Hollywood movies, stating that one requires escapism in life.

In early 2019, Ambani’s younger brother, Anil, was held in police custody in contempt for non-payment of personally guaranteed debt of Reliance Communications. The court decided to give Anil a month to pay all the funds. Ambani later bailed out his brother by paying the debt.

No, Ambani is of straight personality. He has a wife called Nita, whom he married in 1985.

Ambani debuted his career in 1981 where assisted his family in running a business company called Reliance Industries Limited. The company was developing so fast that it started working with refining and petrochemicals.  The business also has products and services in retail as well as telecommunications companies.

In 2016, Forbes’ listed Ambani as the richest person in India, and he has retained that position for the last 10 years. In October 2020, Forbes’ ranked Ambani as the 6th richest person in the world. In 2015, Ambani was elected as the Director of Bank of America, making him the first non-America on the panel.  Ambani is the owner of the Indian Premier League franchise named Mumbai Indians. He is also the CEO of the Indian Super League.

Ambani’s greatest contribution to the business industry has earned him many awards. Some include; Business of the Year Award, Global Leadership Award, Ernst and Young Entrepreneur of the Year Award, Honorary Doctorate (Doctor of Science) Award, National Academy o Engineering Award and Othmer Gold Medal Award, among many others.

Net Worth, Salary & Earnings of Mukesh Ambani in 2021

As of 2021, The current net worth of this successful businessperson stands at $80 billion, ranking him as the second richest person in Asia. Ambani’s great contribution to the business sector has largely contributed to his great fortune.

Ambani is among those cool but rich men you will ever come across. He loves simple Indian foods. He is also a hardworking businessperson whose abilities have taken him to the highest success and fame stairs. 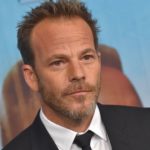 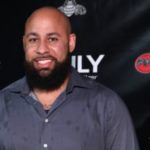