Narendra Modi is an Indian politician who currently serves as the Prime Minister of India. He has been in the post since 2014. Prior to this, he was the Chief Minister of Gujarat for 13 years. He is a member of the Bharatiya Janata Party (BJP) and Rashtriya Swayamsevak Sangh (RSS). Modi started his career by working as a tea seller. He led the BJP to win the absolute majority at the 2014 general elections.

Narendra Damodardas Modi was born on 17 September 1950 in Vadnagar, Bombay State(now, Gujrat), India. He was born to Hiraben Modi and Damodardas Mulchand Modi. Modi has five siblings and belongs to the Other Backward Class category. He used to help his father by selling in a railway station in Vadnagar.

When he was only 8 years old, Modi started attending the local training sessions of the RSS. He completed his higher secondary education in 1967 in Vadnagar. Following this, he wandered across many states. He was also jailed for a short period at the Tihar Jail.

At just 13 years old Narendra Modi got engaged to Jashodaben Chimanla. He married Jashodaben when he was 18 years old. However, he has spent little time with her. He has kept his married life a secret to join the RSS. Modi acknowledged Jashodaben as his wife while filing his nomination for the 2014 Varanasi constituency. He does not have any children.

Narendra Modi is a vegetarian and maintains a close relationship with his mother. He is also a teetotaler, and many people describe him as charismatic and energetic. By following hardline Hindutva’s philosophy, his government has drawn criticism. Media also calls him the poster boy of the Bhartiya Janata Party. He is known for his amazing oratory skills.

The Prime Minister of India is one such person who always dedicated himself to his work. Despite being married, he became a wanderer at a very young age. Even though he does not have any children, to call him gay will be unfair. His sexual orientation is very much straight.

The Gujarat Lok Sangharsh Samiti appointed Narendra Modi as the general secretary during the time of Emergency. When the RSS was banned, he was forced to go underground. At this time, he authored a book about the events of the Emergency. In 1978, he was the regional organizer of the RSS. At the 1987 Ahmedabad municipal election, he organized the campaign of the BJP.

This made him the organizing secretary of the BJP in Gujarat. In 1990, he was named to the national election committee of the party. In October 2001, he became the Chief Minister of Gujarat for the first time. During this time, Gujarat went under riots. Modi came up with many developmental projects in Gujarat. He remained the CM of Gujarat until 2014.

In September 2013, he was named as the prime ministerial candidate by the BJP. Narendra Modi contested from Vadodara and Varanasi constituency and emerged victorious from both the seats. His leadership made the BJP win 282 seats. In doing so, he became the second Prime Minister of the Bharatiya Janata Party.

At the 2019 general elections, the BJP won 303 seats, and Modi again became the PM for the second time. During his tenure as the Prime Minister, he has made many reforms. He came up with the Swachh Bharat Mission for providing hygiene and sanitation. Modi demonetized the 500 and 1000 rupees note to prevent corruption. His government also made the state of Jammu and Kashmir to become a union territory.

He has won the Champions of the Earth Award by the United Nations. Modi has also received recognitions from many other countries including Maldives, Palestine, United Arab Emirates, and Bahrain. In 2014, he appeared on the list of the “Most Powerful Person in the World” by Forbes magazine.

Net Worth, Salary & Earnings of Narendra Modi in 2021

As of 2021, The approximate net worth of Narendra Modi is $200 thousand. Even though he is the Prime Minister of India, he has always maintained a simple life. His only source of income is his salary as a member of parliament. Narendra Modi does not have any additional source of income. However, he has written many books, including Social Harmony and Abode of Love. There are also reports that Narendra Modi pays his cook from his own salary. He has a monthly salary of $2,132. He also receives other emoluments as the Prime Minister of India.

Narendra Modi is a highly influential person. He is known for his powerful oratory skills. As the Prime Minister, he has visited many nations and is known for his foreign relations with many other nations. He has also been conferred with multiple awards. His popularity is such that his approval ratings were 93% in 2017. Despite being the prime minister for seven years, his government has never been in any corruption. There was also a film and a web series based on his life. 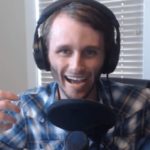 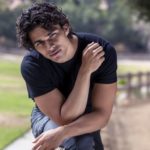