The five times gold medallist Nastia Liukin is a name that everyone who follows Olympic or gymnast is familiar with. The most talented and beautiful person is indeed famous, yet her life remains unknown to many hence, in this article, the life of Nastia Liukin is explored.

Nastia Liukin was born in Moscow, Russia, to Valeri Liukin and Anna Kotchneva on 30 October 1989. Nastia was named Anastasia Valeryevna Liukin, which was later shortened to Nastia, which is a Russian root word for Anastasia. After the break of the Soviet Union, the family immigrated to the US. Nastia was only two years old. Nastia is the only child of her parents, who were also famous Soviet Champion Gymnast.

Hence, Nastia was naturally interested in this field and was initially trained by her parents. Her parents taught her not to give up on her dreams as the US established World Olympic Gymnastics Academy in Plano, Texas. Unlike other parents, Nastia’s parents initially didn’t want their daughter to join gymnast, but once they saw her aptitude, they gave her training.

Nastia Liukin completed her initial education at Spring Creek Academy and later enrolled at Southern Methodist University for the international business major in 2008. But due to the upcoming Olympic event practice, she took leave and later re-joined, but took a drop as she was unable to manage both studies and her sports travel schedule.

Nastia was rumored to be in a relationship with American Figure skater Evan Lysacek which was claimed by Peoples Magazine. But later in an interview, Lysacek clearly dismissed the claim saying that they were just “really close friends,” which was confirmed by Nastia as well. On 1 June 2015, Nastia posted a picture. She was in a relationship with Matt Lombardi, who was a former Boston College Hockey Player.

She also posted on Instagram an engagement ring and her boyfriend in the background. The couple appeared at various functions together and also published many pictures together. They were a great couple and were made for each other, but unfortunately, they broke up just after three years of dating, which was confirmed in 2018 November.

As far as the sexuality of Nastia is concerned, she is neither lesbian nor bisexual. It is proven by the fact that she has dated a man and also was engaged. She never had a girlfriend. In fact, she remains neutral in the discussion of the LGBT community, neither supporting nor despising.

Nastia completed her first National Championship at the age of 12. She began her training when she was three as she was always in the gym as her parents took her with them. She suffered many mishaps since she began competition which included fall on uneven bars. Yet, she did not give up and completed her event, which made her being accepted to compete with the US team, and she won gold and silver for the event.

In 2005, she began her career as senior National Championship, which was debuted with a gold medal. Later she also managed to bring five gold medals at Olympic Games to her homeland, the US. In 2012, she decided to end her career as a gymnast as she fell off the bar injuring her back one night before the 2012 Olympics. Yet, she did not stop; she completed her event and announced her retirement. On completing her event, she received a standing ovation from 18,000 fans.

Her father supported her journey, who was also her coach, and her mother, who always motivated her and inspired her. They never stopped her from anything which she was determined to do.

Nastia has achieved various awards in her career life, some of which are:

In 2008, she earned a gold medal in Beijing as an all-rounder in Olympics.

In 2005, she was awarded gold at Melbourne World Championship for Uneven bars.

In Pan American Games in 2003 Santo Domingo, she was awarded silver for being the all-rounder.

In Pacific Rim Championship 2006 Honolulu, she achieved silver for the balance beam.

She was awarded bronze at 2003 Santo Domingo for an uneven bar at Pan American Games.

She was awarded bronze in 2008 Beijing for floor exercise at Olympic Games.

Net Worth, Salary & Earnings of Nastia Liukin in 2021

As of 2021, Nastia Liukin has a net worth of $3 Million which is mostly earned through her presence in sports. Her remuneration per year is $235,294. This does not come as a surprise, for she is a talented and popular gymnast who has a body that dances with the flow.

She is fluent in English and Russian.

Her signature color is pink.

Nastia is the inspirational figure who shaped herself with her own hard work. Many girls who aspire to become a gymnast follow Nastia and try to follow her steps. Nastia is a determined person who made her aim and achieved and is still working hard to achieve more though no more representing the nation. 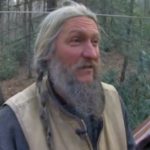 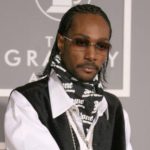