Yoo Jae-Suk is a famous Korean actor and a television host. Yoo Jae-Suk is popularly known by his nickname ‘Grasshopper’, or Nation’s MC. He began his career in life as a comedian from high school and part of his college life. He ventured into small paying jobs after dropping out of college for quite some time till his breakthrough into hosting major television programs.

Yoo Jae-Suk was born in the year 1972 on the 14th of August in Seoul, South Korea. He is currently, 5’5” tall, and weighs 139lbs. Yoo Jae-Suk was born in a middle-class family of three siblings where he is the only son. Being the firstborn son, his parents looked so much up to him to act as a role model to his two younger sisters.

Yoo Jae-Suk’s comic creativity talent started in his younger years. He used to entertain his family, friends, schoolmates, and other people in his hometown. As he attended his elementary and middle school through high school, his interest in comedy grew.

His comic character grew stronger while he was in college as he used to engage more in diverse presentations. In 1991, while he was a college freshman, he was involved in different stage performances in the acting department. For instance, he participated in the KBS Comedian festivals for college students.

His outstanding performance amazed his audience at large, which then formed a solid foundation for his comedian career. However, since he was more passionate about creative arts, he lagged in his academics. As a result, he received several probations that later triggered him to completely drop out of school, which was a big disappointment to his parents.

His parents were against his talent in creative arts as they believed in success through education. Consequently, he was viewed as a rebel as soon as he dropped out of school since he embarrassed his parents, who believed that academic success was the only way to secure a decent job in the future.

Consequently, he ended up surviving on small income-generating entertainment programs for about 9 years until the year 2000. In the year 2000, he hosted a television program ‘Life And Enjoy Together’ which became his ultimate breakthrough for his career.

Yoo Jae-Suk attended Seoul Youhyeon School for his elementary studies. He later joined Suyu middle school and progressed to Youngmoon High school where he graduated in the year 1991. In the same year, he enrolled in the Seoul Institute of The Arts under the department of Broadcasting and Entertainment.

Unfortunately, he didn’t complete his college studies. Yoo Jae-Suk dropped out of school during freshman year. He chose arts performance to his academics. As a result, he focused more on his entertainment talents which equipped him with knowledge and skills for his career.

Yoo Jae-Suk was brought up in a family that was not very wealthy. His parents were of high moral standards and very tough when it came to discipline. Due to his ‘know-it-all character’, he was constantly corrected and mostly punished.

During his free time, he was involved in workouts, and he performed for himself as part of the comic practice. As he grew older, he became better in arts performance, and there is no history of misconduct throughout his career.

Yoo Jae-Suk was a jovial and outgoing person who used to entertain people. In terms of relationships, he only dated one lady Na Kyung-Eun, who later became his wife in 2008. Yoo Jae-Suk was blessed with two children; Yoo Ji Ho (son), and Yoo Na-Eun (daughter).

Yoo Jae-Suk is straight as far as sexual orientation is concerned. Yoo Jae-Suk is neither gay nor bisexual. He married a lady named Na Kyung-Eun. Up to date, they are happily married with two children Yoo Ji Ho and Yoo Na-Eun.

Yoo Jae-Suk is an actor and a television host. After a long period of struggling to make ends meet, Yoo Jae-Suk hosted ‘Life and Enjoy Together’ program following a recommendation from Choi Jin-Sil. The program was a breakthrough for his career which led to his nickname ‘Grasshopper’.

He also hosted the ‘X-Man Show’ which slowly began in 2003 and later picked up. The show resulted in his nickname Yoo Jae-Suk. Other shows hosted by Yoo Jae-Suk include; ‘Infinite Challenge’, ‘Running Man’, ‘Happy Together’, and currently ‘FNC Entertainment’. He is also a comedian involved in other entertainment programs.

Yoo Jae-Suk is known widely for his creative and artistic nature. He got involved in a variety of programs, some of which successfully led him to award-winning levels. In 2013, Yoo Jae-Suk received awards for Baeksang Arts Award Grand Prize on ‘Running Man’, ‘Infinite Challenge’ and ‘Hangout With Yoo’.

In 2020, he received Baeksang Art Awards for best male variety performer on ‘Hangout With Yoo’ and ‘Good Sunday’.

As of 2021, Yoo Jae-Suk’s current net worth is estimated to be $12 million. He acquired his earnings through his multiple engagements in comedy, being an actor of diverse film productions, and being a television host for different programs.

Yoo Jae-Suk is a successful actor and a television host who airs diverse programs. He is highly rated with outstanding character in acting where he is featured in different films. Yoo Jae-Suk’s outstanding works have earned him several awards.

Yoo Jae-Suk’s popularity in Korea can be linked to his influential character in the arts industry, his all-round personality, and his ability to connect with diverse people. 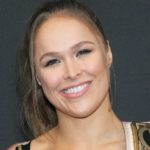 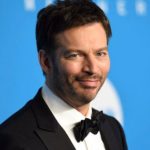