Nev Schulman is an American TV host and producer who is best known for his work in the documentary film Catfish (2010) which had depicted him being filmed by his brother, as he tries to build a romantic relationship with a young woman on the social networking site Facebook. He had then co-hosted and served as the executive producer of Catfish: The TV Show, a reality-based documentary TV series about the truths and lies of online dating. Besides his work in the entertainment industry, he has been involved with several charities and philanthropic organizations. He was also one of the founding members of the ‘Young Leadership Committee’ of the youth-driven organization known as Leave Out Violence.

Nev, after his high school graduation, had attended the Sarah Lawrence College, a private liberal arts college in Yonkers, New York. He had studied photography and dance there, from 2004 to 2006, before getting expelled from the institution for punching a female student whom he had allegedly mistaken for a male.

He is of Ashkenazi Jewish (German, Russian, Polish, and Romanian) descent. 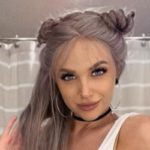 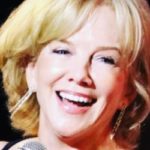