Nick Kyrgios is a tennis player who is ranked No. 55 in the world in men’s singles and is the third-highest ranked Australian in the ATP rankings. Although he is extremely talented, he frequently gets into trouble for his troubles on the court, and in 2019 he was fined a large sum of money for his conduct at the Cincinnati Masters. The amount was so huge that it set an ATP record of its own. Nick Kyrgios is only the third player to beat Roger Federer, Rafael Nadal, and Novak Djokovic on his first attempt.

Nick Kyrgios was born in Canberra, Australia, on April 27, 1995, to Giorgos Kyrgios and Norlaila Kyrgios. His father is a house painter, while his mother is a computer engineer. His father is Greek, and his mother is from Malaysia and was a member of the Selangor royal family before dropping the title of a princess when she was in her twenties.

Nick Kyrgios has attended many schools. Until year 8, he attended Radford College, and he graduated with his certificate in 2012 from Daramalan College, which is situated in his hometown of Canberra. When he was 14 years old, he decided to pursue tennis as a career, and after a few years, he received a full scholarship from the Australian Institute of Sport, which he attended to develop his skills in tennis.

Nick Kyrgios is currently in a relationship with Chiara Passeri. Before her, he dated Croatian-Australian tennis player Ajla Tomljanovic before breaking up in 2018. He then dated Russian tennis player Anna Kalinskaya for a brief period of time. He doesn’t have any kids and has not decided to marry yet. In sports, he is a fan of the Boston Celtics in the NBA, and in football, he supports the English Premier Club Tottenham Hotspur. While growing up, he idolized Roger Federer, Jo-Wilfried Tsonga, and Michael Jordan.

No, Nick Kyrgios is a straight man and is currently in a relationship with a woman named Chiara Passari since 2020.

Nick Kyrgios won his first title as a tennis player in 2010 when he was a junior. He then won two junior grand slam doubles and was ranked junior world number three in 2012. He played his professional tournament in 2013 at the 2013 Brisbane International, where he lost to James Duckworth in the first round qualifying.

At the Miami Open in 2016, he reached his first-ever ATP World Tour Masters 1000 semi-final after wins against Marcos Baghdatis, Andrey Kuznetsov, and Milos Raonic. At the 2019 Brisbane International, he defeated Ryan Harrison in the round of 32, whom he competed against in the final the previous year. At the Wimbledon Championships, he defeated Jordan Thompson but later lost to Rafael Nadal in four sets. He made his Davis Cup debut for Australia in 2013 against Poland when he was only 18 years old.

As a junior, Nick Kyrgios won the boys’ singles event in 2013 at the Australian Open. He also won the doubles event at the 2013 Wimbledon Championship. As a professional player, he reached the quarterfinals of the 2014 Wimbledon Championships, defeating then world no. 1 Rafael Nadal on his route to the quarters. He has won six ATP titles and was also the finalist at the Cincinnati Masters in 2017.

Net Worth, Salary & Earnings of Nick Kyrgios in 2021

As of 2021, Nick Kyrgios has an estimated net worth of $10 million. He has earned the majority of his wealth from his career as a professional tennis player, where he has earned many plaudits for his talent. He also has endorsement deals with brands like Nike and Beats. Due to his controversies, many brands have ended their association with him, including Malaysia Airlines.

Nick Kyrgios is a very talented tennis player, but his controversies on the court have left him with a bad reputation. He is now working on his attitude and working even more hard to put these things in the past. He has achieved many things at such a young age, and we can only expect even more wonderful things from him in the future. 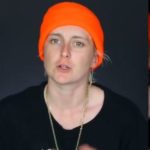 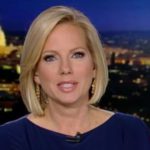