Nicollette Sheridan is an English actress, writer, and producer who had started her career in the entertainment industry as a fashion model before switching to acting with a regular role in the primetime soap opera Paper Dolls in 1984. Thereafter, she has featured in numerous films and TV series and is best known for her portrayals of Paige Matheson in the soap opera Knots Landing (1986–1993) and Edie Britt in the hit comedy-drama series Desperate Housewives (2004-2009). For the former, she won the Soap Opera Digest Award for ‘Outstanding Lead Actress: Prime Time’ in 1990 and the Soap Opera Digest Award for ‘Outstanding Heroine – Prime Time’ in 1991. For the latter, she won a Screen Actors Guild (SAG) Award for ‘Outstanding Performance by an Ensemble in a Comedy Series’ in 2005–06 and was nominated for a Golden Globe Award in the category of ‘Best Supporting Actress – Series, Miniseries or Television Film’ in 2005.

Nicollette has been featured in the TV commercials for – 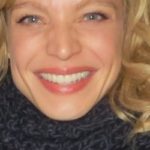 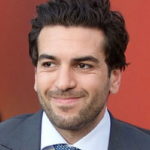