Niecy Nash is a versatile performer in the entertainment industry. An American actress who has shown her talent by working in the television as well as the film industry. She is also a comedian and has even hosted television shows. She gained stardom through her work in series like Reno 911!, Getting On, Scream Queens and Claws.

Niecy Nash was born as Carol Denise Ensley to Sonny and Margaret Ensley on 23 February 1970 in Palmdale, California. Her sister Kellee Stewart is a trained actress who is best known for her role in the film Guess Who (2005). She had a younger brother named Michael Ensley, who was fatally shot and died in his high school campus in 1993.

Her mother has also escaped a near-death experience as her boyfriend fired bullets at her and her family. Later, he set the whole house on fire. Nash was 15 years old and was the last family member to escape from the burning house. Her mother is the founder of M.A.V.I.S. (Mothers Against Violence in Schools). Niecy serves as the spokesperson. The organization’s motto is to make the public aware of the violence faced by students in school.

Nash has completed her schooling at Gardena High School, Los Angeles. She then studied at California State University, Dominguez Hills, for higher education.

Nash has been married three times. First, she was hitched to an ordained minister named Don Nash. They were couples for 13 years. Then, in June 2007, they filed for divorce and were granted divorce that same year. She had two daughters named Dia Nash and Donielle Nash and a son named Dominic Nash. Her daughter Dia is also an actor. She acted in her mother’s hit series ‘Claws’.

On 4 September 2010, Nash announced her engagement with Jay Tucker. Nash’s wedding preparations were telecasted in a T.L.C. reality show. On 28 May 2011, Nash got married to Tucker at the Church Estate Vineyard in Malibu. On 30 October 2019, Nash took to Instagram to announce that she was calling an end to her marriage. On 10 March 2020, they were granted a divorce.

Nash took everyone by surprise when she announced on her Instagram that she had tied the knot with singer Jessica Betts on 29 August 2020.

Nash came out as bisexual after her marriage with singer Jessica Betts. She has been previously married twice but with two men. This is her first marriage with a woman. She claims that she has never suppressed her sexuality and hence didn’t feel the need to come out publicly as bisexual.

Nash began her professional career with the film ‘Boys on the Side,’ which opened theatrically in 1995. She launched her television career by playing guest roles in many T.V. shows like NYPD Blue, Judging Amy, Reba, Girlfriends, and CSI: Crime Scene Investigation. In addition, She appeared in an essential role in the film ‘Cookie’s Fortune’ which released in1999. She also landed in the recurring role of Eveline Walker in the 2000 C.B.S. drama T.V. show called ‘City of Angels.’

Her career showed positive growth when she starred in a comedy series titled ‘Reno 911!!’ which aired on Comedy Central. She appeared as the character ‘Deputy Rаіnееѕhа Williams’. She also hosted a home makeover and interior design television show titled ‘Clean House’ which was broadcasted on Style Network, which had ten seasons, and it aired from 2003 to 2010. She participated in the ABC dancing competition show titled ‘Dancing with the Stars’ in its 10th season.

The show started in March 2010. Her dance partner was Dutch- American choreographer Lоuіѕ vаn Аmѕtеl. Both of them were eliminated on 11 May 2010. They were placed fifth in the competition. She created a reality show based on her life in 2011, which was titled ‘Leave It To Nіесу’ for TLC where she discussed her life and her bonding with her husband and step-son. But the show got canceled.

In 2013, she received critical acclaim for starring Denise “Didi” Ortley in the comedy series Getting On, which aired on HBO. In 2014, she collaborated with director Ava DuVernay for the historical drama film Selma where she portrayed the role of Richie Jean Jackson. That same year she was cast in the recurring role of Dr Jean Fishman for ‘The Mindy Project’ which came on Fox.

In 2017, she got the opportunity to play a lead role in ‘Claws’, a T.N.T. crime comedy-drama series that Rashida Jones produced. In 2018, she again worked with Ava DuVernay for the Netflix limited drama series When They See Us. For her role as Delores Wise, she received a positive response from the audience and the critics.

Nіесу Nash has received many awards as an actress. For her portrayal of Didi Ortley in the series Getting On, she was nominated for Primetime Emmy Award for Outstanding Supporting Actress in a Comedy Series. She also received nominations from the Critics’ Choice Television Award and Online Film Critics Society Award for Best Supporting Actress in a Comedy Series. For the T.V. series ‘Claws’, she won the Satellite Award for Best Actress for Television Series Musical or Comedy in 2018.

For that same role, she was nominated for N.A.A.C.P. Image Award and Black Reel Award for Outstanding Actress. Her work with director Ava DuVernay has also brought her glory and several awards. She has also received a Daytime Emmy Award for hosting Clean House. In addition to all these awards, she was Honored with Essence Black Woman in Hollywood in 2020. She has also received a star on the Hollywood Walk of Fame in the television category

Net Worth, Salary & Earnings of Niecy Nash in 2021

Nіесу Nash is a famous American T.V. actress and has also worked in the film industry. She is estimated to be worth around $5 million as of 2021. The majority of her earnings come from the television industry. However, working in films and commercials has also contributed to her net worth.

Niecy Nash has given us a glimpse of her acting prowess in both television and movie roles. Her talent has earned her not only fame and awards but also a massive fan following. This multi-talented actress has proved to the world that age cannot limit you to have a productive and prosperous career. We are eager to watch her in many more challenging roles. 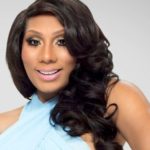 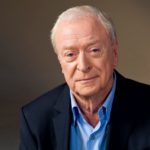