Niharika Konidela is an Indian actress and producer who has predominantly worked in Telugu and Tamil cinema. Niharika is known for her work in films like Sye Raa Narasimha Reddy, Happy Wedding, Suryakantham, and many others. Niharika also has a production house with the name Pink Elephant Pictures in which she has produced web series like Madhouse. She has also acted in them. Niharika made her debut in films in the year 2016 and was an anchor for a TV show before that. She is loved by the audience for her performances. 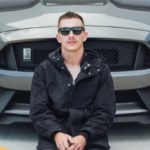 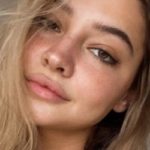