Hooman Abedi Karamian is an American blogger, writer, and internet personality popularly known as Nik Lamas Richie. He rose to fame in 2007 after he founded the controversial gossip website, TheDirty.com. He also runs a social media marketing entity called Relic Agency Inc. He is the author of student-run papers of Lariat News.

Hooman Abedi Karamian was born on 12 February 1979 in Hackensack, New Jersey. He is known to be a very secretive guy as he has not disclosed information about his parents and his family in general. After he branded himself with the name Nik Richie, his original name vanished.

After his family relocated to Scottsdale in Arizona, that is when the reality of life hit him, and he decided to look for an alternative to continuing surviving.

The educational background of Richie has remained a mystery to many until now. Much of the information is not known, but it is clear that he has gone up to the university level. He is studying journalism at Saddleback University in Mission Viejo, California.

Although Richie tries to hide much information about his personal life, he is very open concerning his marriage life. He has married twice in his entire life, and none of the marriage has been successful. His first marriage was to Amanda Toney in 2005, but their marriage ended in 2009.

He then married Shayne Lamas, an actress, and reality television star, on 18 April 2010. Their wedding was at Little White Wedding Chapel, which happened eight hours after they met.  The couple has two children, one daughter, Press, who was born on 11 November 2011, and one son, Lyon, born on 4 July 2015 via surrogate. After 11 years of marriage, the two announced on Instagram on 10 May 2021, they were planning for a divorce.

No. Richie has a straightforward sexual orientation and is neither gay nor bisexual. He has been in two marriages, and although none has been successful, he is the father of two beautiful children.

Richie started his career journey in 2007 after he founded the TheDirty.com website. The website was founded in March 2007 as DirtyScottsdale.com during the time he was residing in Scottsdale, Arizona. The original content on his website was mainly about his personal criticism of Scottsdale and club scenes. Later, he started allowing users to upload their personal “dirt” like gossip, news, photos, videos, accusations, and also comments from other users.

He operated the website until 4 September 2008, when he was arrested because of reckless driving and DUI. After the news of his arrest became public, he decided to unveil his true identity. He changed the look of his website in 2016 from a gossip site to become a more traditional celebrity news site. He announced via Instagram in March 2019 that he had retired from TheDirty.com since April 2018.

His legal battle with Sarah Jones was aired in June 2011 on ABC News program 20/20. Richie appeared with his wife in an episode of “Couples Therapy” together with several other couples. At the end of the show, Richie and Lamas renewed their wedding vows which were aired live.

Richie released his memoir called Sex, Lies, and The Dirty in May 2013.

Richie has not received any awards yet from his career. However, his fame has continued to increase day by day, and he will soon be in for an award. He is very hardworking.

Net Worth, Salary & Earnings of Nik Richie in 2021

As of 2021, Richie has accumulated an estimated net worth of $12 million. He has earned his wealth from being active in social media, which has promoted his blogging. His monthly salary is yet to be disclosed as well as his assets, but it is true that he lives a lavish lifestyle.

Nik Richie is known to be a very courageous man. Although he has faced a lot of criticism in his career, he has never given up, and this has helped him emerge as a winner. He has worked very hard to prove he opposes wrong. In a couple of years, he will be one of the most successful men as he never fears failure and opposition. 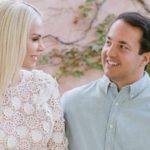 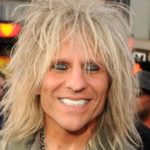