Nikita Kahn is a multi-talented woman who is a successful actor, model, entrepreneur, and passionate animal rights activist from the United States. She is well known for being the longstanding girlfriend of Larry Ellison, the CEO of Oracle Corporation. He is one of the planet’s wealthiest individuals.

She is an interior decorator with an excellent creative sensibility and a highly educated and accomplished professional. She is additionally an animal activist who has volunteered with the California Wildlife Centre. She routinely donates to fundraisers for wounded, sick, or orphaned animals’ rescue, protection, and rehabilitation. Kahn is also a qualified ballet dancer and gymnast.

The Soviet Union, now Ukraine, is the birthplace of Nikita Kahn. Iryna Osipova was Nikita Kahn’s name by birth. She was born in the year 1991. Unfortunately, her exact date of birth is not known. Neither is any information available regarding her relatives and siblings.

Kahn seems to have been a gymnast since he was five years old. She is a brilliant ballet dancer as well. She lived her youth in her homeland, but she relocated to the United States after completing her school in Ukraine.

Not much information is available regarding her school life. It seems that she keeps this section of her life private. However, we know that she graduated from Kyiv National University of Trade and Economics with a bachelor’s degree in hospitality tourism and a master’s degree in business administration. She eventually relocated to the United States, where she resumed her studies by taking architectural engineering classes.

She has a relatively long association with Larry Ellison. He is the CEO and creator of Oracle Corporation. There is no data on how the couple first encountered or even how their relationship progressed.

Her partner was already married four times, all of which have ended in divorce. They are not married, and they haven’t said anything about their future intentions.

She has donated to the California Rescue Center as a humanitarian and animal rights activist. Kahn additionally offers support to the Rhino Rescue Center at the San Diego Zoo Safari Park.

The American murder suspense film ‘Catch 44’ featured Nikita Kahn in the year 2011. Kahn has been the executive producer of the documentary ‘The Last Animals’ in the year 2017. It’s a documentary that tells the tale of individuals who go to great efforts to save the planet’s last creatures against extinction by rescuing them from poaching and trafficking.

Kahn further maintains a women’s lifestyle blog/website where she publishes beauty, healthcare, nutrition, exercise, and travel. She aims to elevate her readers through her blogs by giving them the information and self-confidence they need to accomplish the most out of their life and achieve their goals. She also shares her thoughts on the topics.

She also serves on the boards of the Peninsula Humane Society and the SPCA. She also runs a real estate company that specializes in house renovations.

So far, she is yet to be recognized by any central institution or organization. However, with her talents and efforts that she puts into her endeavors, she has amassed a plethora of devoted fan following, which is a significant achievement in itself.

Net Worth, Salary & Earnings of Nikita Kahn in 2021

As of 2021, Nikita Kahn has amassed a personal net wealth of about $30 million. Her widespread career fields and projects have made multiple funnels of income possible, which accounts for most of her accumulated personal wealth.

Nikita Kahn is a multi-talented woman who has achieved great success through her own style. Nikita has consistently attempted her shot at several endeavors in numerous disciplines practically, and she continues to pursue new hobbies. She works in a variety of sectors and is continuously searching for innovative ways to expand her horizons.

Nikita’s main objective is to live a meaningful, beautiful, and connected life. Her journey is awe-inspiring and motivational. There is a lot to learn for everyone from her life. 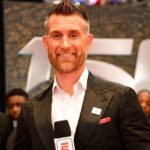 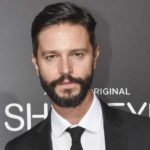