Niki Bella is a popular retired professional wrestler who was signed to the World Wrestling Entertainment (WWE). Together with her sister Bella, she is a part of The Bella Twins. She is also a reality TV personality and entrepreneur. Bella has wrestled against many popular wrestlers and has also won the WWE Divas Championship.

The real name of Nikki Bella is Stephanie Nicole Garcia-Colace. She was born on November 21, 1983, in San Diego, California. Her parents are Kathy Colace and Jon Garcia. She also has a twin sister named Brianna. She was raised on a farm in Scottsdale, Arizona.

Along with her sister, she went to the Chaparral High School. From a young age, she was interested in soccer and has played for the Scottsdale club. Following her school, she went to Grossmont College and used to play soccer. A year later, Bella relocated to Los Angeles.

In 2014, Nikki Bella revealed that she got married to her high school sweetheart when she was 20 years old. In 2020, she got engaged to Arten Chigvintsev, who is a Russian dancer. They have a son named Matteo Artemovich Chigvintsev. Bella is known for her relationship with John Cena. The couple was in a relationship from 2012 to 2018. They were also engaged in 2017 but called it off a year later.

Niki Bella has been engaged twice and has dated three men in the past. This confirms that her sexual orientation is straight, and she is not lesbian. She is also a mother and currently lives with her partner.

In Los Angeles, Nikki Bella used to work as a waitress. Following this, she started doing promotional work, modeling, and acting. In 2002, she got an opportunity to appear in the TV show, Meet My Folks. In 2006, she participated in the “International Body Doubles twins search”. The same year, she also participated in the WWE Diva Search but failed to make the cut. In 2007, she got signed to the WWE and was assigned to the Florida Championship Wrestling.

In her ring debut, she teamed up with her sister to defeat Krissy Vaine and Nattie Neidhart. During that time, she also used to team up with male wrestlers and participated in mixed tag team matches. Bella has also developed on-screen relationships with many popular wrestlers. In 2009, she got drafted to WWE RAW, and the same year, she got traded to ECW.

In October 2009, in the Divas trade, she was traded to the RAW. A year later, she had a feud with Jillian Hall. In April 2011, she defeated Beth Phoenix to win the WWE Divas Championship. However, her championship reign was only for a week. From 2012 to 2013, she has appeared in the independent circuit. She made he return to WWE in 2013.

At the 2014 Survivor Series, she again won the Divas Championship. Nikki successfully defended her championship on many occasions and lost it after 301 days. However, her wrestling career was limited due to neck surgery. She retired from her wrestling career in 2049 after a cyst was found in her brain. In her career, she has developed feuds and wrestled against both male and female wrestlers.

In 2015, Nikki Bella was named the Diva of the Year by Rolling Stone. Alon with her sister Brie, Nikki won the Teen Choice Award in 2016 in the category of “Choice Female Athlete”. The Pro Illustrated Wrestling ranked her at number one among the top female wrestlers in 2015.

Bella is also a two-time winner of the WWE Slammy Award. She has won the Diva of the Year in 2013 and 2015. Apart from this, she has won the WW Divas Championship twice in her career. In 2020, she was inducted into the WWE Hall of Fame.

Net Worth, Salary & Earnings of Niki Bella in 2021

As of 2021, Niki Bella’s net worth is $10 million. She made this money after having a successful career as a WWE Diva. She has held the Divas Championship for a record 301 days and is also the winner of multiple awards. Nikki has also appeared in the 2014 film called Confessions of a Womanizer.

From 2013 to 2019, she was the main cast and executive producer of Total Divas. She is currently the executive producer and main cast of Total Bellas. Nikki has appeared in many other TV shows and was a contestant of Dancing with the Stars in 2017. She has also launched her own podcast and has come p with a beauty line, wine label, and activewear brand.

One can surely know the popularity of Nikki Bella as she is active in many fields. Be it wrestling, television, or business, she has proved herself capable in all the fields. Nikki has also appeared in music videos for many popular singers. She has even appeared in video games for WWE and has many fans. 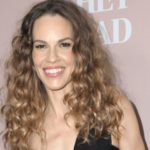 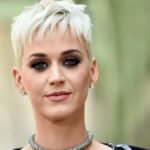