Richard Tyler Belvin, professionally known as Ninja or Ninja Fortnite is an American professional gamer, Youtuber and video game streamer. Belvin began his career after participating in a number of esports teams for the Halo 3 competitions. He currently holds the Twitch record for having the highest number of followers on the platform where he has more than 16.9 million subscribers.

Well, how well do you know about Ninja? If not much, we have compiled all you need to know about Ninja’s net worth in 2021, his age, height, weight, wife, kids, biography and complete details about his life. Well, if you’re all set, here is what we know about Ninja to date.

Ninja, whose official names are Richard Tyler Blevins was born on June 5, 1991. He was born in the town of Detroit, Michigan. Ninja is the son of Chuck and Cynthia Blevins who are both of Welsh descent. Tyler has two elder brothers, namely John and Chris. Tyler credits his love for video games to his father, Chuck who introduced him to gaming at a tender age. Although he was born in the area of Detroit, his parents later relocated to the Suburbs of Chicago when he was just an infant.

Tyler, AKA Ninja, is an alumnus of the Grayslake Central High School. It was during his time at the high school that he played on the school’s football team. He also worked at the Noodles and Company whilst still a high schooler. After graduating from high school, Ninja enrolled at Wisconsin’s Silver Lake College. Whilst still a college student, he participated in video game tournaments and also joined video game teams.

In 2010, Tyler met Jessica Goch at a Halo tournament. The two began dating officially in 2013. In 2017, wedding bells were chiming as it was Tyler and Jessica’s wedding. The two later went to the Caribbean for their honeymoon. Jessica who is now named Jess Blevins is Tyler’s manager. She is also a professional gamer and streamer who has over 200,000 subscribers on YouTube and half a million subscribers on Twitch. There is no information currently concerning the couple having any children.

No, Ninja is not gay. He is straight as far as sexual orientations are concerned and is married to Jess Blevins and although they have no children, they seem to be happy in the union so far.

Ninja began his gaming career whilst still in college. He began by playing in Halo 3 tournaments. He has played for various Esports teams such as Team Liquid, Cloud9 and Renegades. In 2011, he began streaming on YouTube playing the popular games, PlayerUnkown’s Battle Ground (PUBG) and H1Z1.

In 2017, he joined Luminosity gaming where he played Halo, H1Z1, and PUBG. He won the PUBG Gamescom invitational Squads classification in the same year. He gained over 1.5 million followers on Twitch after he began streaming Fortnite in September 2017. He gained fame for playing alongside Rappers Drake and Travis Scott and Footballer Juju Smith-Schuster. At the E3 2018, Epic Games started pairing players with celebrities and Tyler was paired alongside musician Marshmallow. The duo went ahead to win in the event.

In 2019, Tyler left Twitch and started streaming specifically in Mixer. After Mixers shutdown in 2020, he began streaming in his YouTube Channel. Other than gaming, he has made television appearances in shows such as Family Feuds in 2015, Celebrity Family Feuds in 2019, and The Masked Singer in 2019. He has also authored his own book named Get Good: My Ultimate Guide to Gaming. He later re-joined Twitch where he currently holds the record of having the most subscribers.

Due to his very successful career as a professional gamer, Tyler has managed to bag himself a plethora of awards. He has won the Gaming and Live Streamer Award at the Steamy Awards twice, in 2019 and 2018. At The Game Awards in 2018, he was named Content Creator of the Year and Esports Personality of the Year at the Esports Awards. He was included on the list for the most influential people in 2018 by Times Magazine. Currently, he holds the record for the most followers on Twitch.

Net Worth, Salary & Earnings of Ninja Fortnite in 2021

Ninja is known for being the most successful professional gamer. With such fame and success comes a huge net worth. As of 2021, He has a net worth amounting to $30 million. He has amassed his very large net worth due to his ventures as a gamer.

Ninja is an accomplished video gamer and streamer who has grown to celebrity status. He has amassed huge income in his gaming ventures and as a result of his success, he was featured on the cover of ESPN magazine. Amidst all this success and fame, there are several controversies that surround his gaming career but he seems undeterred by them and still soaring higher. 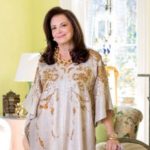 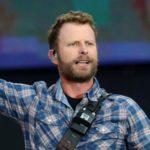