Obesity can be defined as a body mass index (BMI) of 30 or higher. It is a medical state in which excess body fat builds up to the degree that the health of the individual becomes adversely affected.

It is becoming more and more common in both men and women in Western developed nations, including Australia and the US. This brings to bear significant financial pressure on health care systems.

Usually, obesity is not caused by a single factor, despite the fact that the genetic make-up of a person can influence the probability of developing the condition.

The most significant helping hand to the rise in obesity is considered to be the modification in behavior and environment seen in modern society as a result of technological advances. Most of all, the reduction in physical activity levels have been put forward as a major leading factor in the development of the disease.

Fertility is measured in several ways. One of them is fecundability, which is the possibility of a woman becoming pregnant for a given menstrual cycle. When a couple faces infertility, it usually takes some time before the cause of the problem can be diagnosed, as there are different possible direct biological causes of infertility. These consist of:

In most cases (about 1/3), the cause of infertility is not diagnosed. These are diagnosed as ‘unexplained infertility’.

Environmental and lifestyle aspect such as smoking can negatively affect fertility in males and females. Health problems such as weight and fat distribution of an individual can also effect on fertility. How is obesity associated with fertility?

It is now noted that obesity is linked with a general decrease in overall fertility, with a significant association existing between excess body fat and issues with reproduction. That is why it is becoming highly important in Western nations to understand this association because of the firmly rising rates of obesity in these societies.

Limited research has been performed on male fertility in comparison to the huge amount of research done on female fertility. Still, some studies imply that the extent of male obesity has a direct impact on estrogen levels, with hiked fat deposits comparable to higher estrogen lower testosterone levels.

The elevated oestrogen levels in men contribute to suppressing fertility as they prevent the production of androgens which is the hormones required for the development and maintenance of normal male reproductive function.

What is more, metabolic syndrome, a state that can arise from obesity, is also linked with symptoms of erectile dysfunction, hence add to the adverse impacts of obesity on fertility.

Fertility problems arising from obesity in women consists of:

These relationship between obesity and reduced fertility are especially significant when excess fat is deposited around the abdominal area.

Variation in circulating sex hormones are considered to be largely responsible for declining fertility. The overall impact of these variations is usually an elevated production of androgens, resulting in a condition called ‘hyperandrogenism’ which refers to excessive androgen production. This state is proven in obese women who encounter ‘amenorrhoea’, which means the absence of a menstrual period in a woman of reproductive age.

Obesity is also often linked with increased insulin synthesis and insulin resistance. These two factors are considered to contribute to hyperandrogenism in obesity as insulin is significant for the regulation of sex hormone synthesis. This can be seen in obese women with Polycystic ovary syndrome (PCOS), where surplus weight gain result in excessive insulin synthesis, boosting increased androgen secretion and abnormal follicles in the ovary. This leads to an overall disorder in ovarian and menstrual activity, causing fertility issues.

Obese women who refer to Assisted Reproductive Technologies (ART) also encounter additional problems compared to non-obese patients. Obesity is associated with the decreased success of fertility treatments such as In Vitro Fertilization (IVF).

Leptin – A Relation Between Obesity and Fertility

‘Leptin’ is a protein synthesized by fatty tissue which plays a vital role in regulating food intake and energy expenditure, as well as the control of reproductive function. The former two functions are crucial in the development of obesity as body weight increases when food intake exceeds energy output which means when we consume more energy from food than we work off from physical activity.

It is the function of leptin to identify energy store levels in the body and to hand over this information to the central nervous system (CNS). When fat stores and hence leptin levels are excessive, the brain acts to reduce food intake and to increase energy output.

Studies have shown that laboratory mice without flowing leptin acquire both obesity and infertility, and that application of leptin, later on, result in the revival of normal body weight and fertility. Leptin, therefore, plays a crucial role in the association between obesity and fertility.

Even though leptin is present in great amounts in obesity, extra fatty tissue is maintained, along with a decline in fertility.

The reduction in fertility related to obesity can come about as a consequence of interactions between physiological and psychological factors.

Psychological factors consist of a declined sex drive and raised sexual dysfunction, which can result in obese individuals not having sexual intercourse as often as non-obese people, despite the fact that they are living with a sexual partner within a relationship.

Obesity can therefore affect a person’s sexuality, which affects their overall fertility.

How Does Treating Obesity Affect Fertility?

Weight loss can significantly boost fertility in obese people. It is often the first pace infertility treatment when an obese patient look for help from Assisted Reproductive Technology (ART). Even a loss of 5-10% can dramatically promote ovulation and pregnancy rates.

Weight loss boosts fertility in obese people both physiologically and psychologically. Psychological condition and mood have been proved to raise significantly after weight loss, and a decrease in insulin and androgen levels has been found in women. This may result in about 80% improvement in menstrual function and pregnancy rates of 29%. 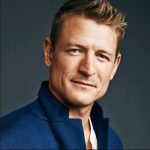 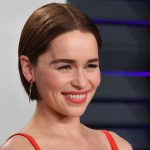