Octavia Lenora Spencer was born on 25 May 1970 in Montgomery, Alabama, US. Her mother was Dellsena Spencer, who worked as a maid to financially support the family. She lost her father when she was 13 years old. Spencer spent her childhood days in Alabama along with her six siblings. Octavia has dyslexia.

Octavia attended Jefferson Davis High School and graduated in 1988. Then she attended Auburn University at Montgomery. She studied with a major in English and minored in journalism and theater. She always had a passion for acting, and so she participated in college contests and theatres.

Not much is known about Octavia Spencer’s personal life as she is a very private person. She is highly focused on her career and currently not in any known relationship. There is information about her past relationships or boyfriends. Although the media spread a rumor around the Hollywoods that she was in a relationship with Tate Taylor only because they lived as roommates for seven years.

We have not found any conclusive reports stating that Octavia Spencer might be lesbian. She has interacted with many women during her career but has been reported to show no interest in homosexual relationships.

Octavia started her career in the entertainment industry as an intern in the sets of ‘The Long Walk Home.’ Eventually, she moved to Los Angeles on the recommendation of a friend to pursue acting in 1997. She landed her debut role in acting in the crime drama film ‘A Time to Kill,’ in which she played a nurse. She was then cast in many movies like ‘Win a Date with Ted Hamilton!’, ‘Big Momma’s House,’ ‘Never Been Kissed’ and ‘Spider-Man.’

She has also appeared on the small screen and has starred in shows like ‘CSI: Crime Scene Investigation,’ ‘Wizards of Waverly Place,’ ‘Big Bang Theory, and ‘30 Rock’. She gained popularity for her role in ‘Halfway Home,’ which came on Comedy Central.

She has also acted in plays, and she made her debut in 2003 in ‘The Trials and Tribulations of a Trailer Trash Housewife. She has also starred in the movies ‘Halloween II’, ‘Seven Pounds’ and ‘Love at First Hiccup.’ She played the part of a maid in the 2010 period drama film ‘The Help’, for which she received many nominations and awards.

Spencer has lent her voice to the movie ‘Zootopia,’ voicing Mrs. Otterton. She co-starred in the 2017 Academy Award-winning film ‘The Shape of Water,’ which was praised by critics. She is slated to appear in the superhero comedy movie ‘Thunder Force.’

She is also the author of several books for children like ‘The Case of the Time-Capsule Bandit’ and ‘The Sweetest Heist in History.

Octavia Spencer has been honored with many awards during her career. She won the Oscar for Best Supporting Actress in the movie ‘The Help.’ She is the 2nd most nominated African-American actress for the Academy Awards. She has won 3 Screen Actors Guild Awards, 4 African American Film Critics Awards, 2 Critics Choice Film Awards and 2 Black Film Critics Circle Awards. Her illustrious career also includes a Golden Globe Award, 3 National Board of Review Awards, BAFTA Award and Gold Derby Film Award.

Net Worth, Salary & Earnings of Octavia Spencer in 2021

As of 2021, The current net worth of Octavia Spencer is $15 million. She has earned most of her wealth through her career as an actress. She has worked hard to make a place for herself in the entertainment industry. She is also an author of children’s books and has started two series called ‘Randi Rhodes’ and ‘Ninja Detective.’

She has starred in several popular movies like ‘Smashed,’ ‘Hidden Figures,’ ‘Luce,’ and ‘Instant Family. She appeared in the 2017 movie ‘The Shape of Water,’ which was a hit among critics and audiences alike. It won the Oscar for Best Film.

Octavia Spencer is a gifted actress and author. She has achieved everything in her career through hard work and determination. She started out in the film industry as an intern and has achieved great heights since then. She is an inspiration to many aspiring actors. Her performances have entertained many and have earned her a huge fan following. 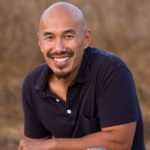 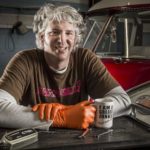