Paige Spiranac had never even dreamt of such a plot twist when a professional golfer turned social media influencer and model. From a very young age, she aspired to compete in the Olympics as a gymnast. However, destiny had other plans. She was bullied as a child and had anxiety ever since. However, she found her peace in Golf and soon pursued it professionally. Paige is often spotted in the headlines because of her controversial statements and is also an internet sensation having more than 3 million followers on her Instagram handle.

Paige Renee Spiranac, famously known as Paige Spiranac, was born to Annette and Dan Spiranac in the year 1993, on the 26th of March. She was born and brought up in Colorado and was home-schooled. She was keenly interested in gymnastics from a very young age. Her interest in sports developed because of her father, who himself was an athlete. Paige belongs to Croatian descent and has spent few years of her childhood in Arizona. She grew up with her elder sister Lexie Spiranac, who is also an athlete.

Paige’s childhood dream was to be a gymnast; however, destiny had other plans for her. Her father, who was also an athlete, trained her for gymnastics. However, when she was 12 years of age, she broke her kneecap twice and couldn’t continue further with her training. Paige was bullied in school because of some hair condition she had and found comfort in playing Golf alone. She was homeschooled and enrolled on Mesa Distance Learning Program. Later, she enrolled at the University of Arizona on a golf scholarship and played three tournaments for the Arizona Wildcats.

Paige Spiranac’s personal life is even more interesting than her professional life. Being a social media influencer, she has never shied away from talking about her love life and her personal life in her podcasts. In one such podcast, she revealed that she had a spiced updating history before she got engaged to her golf trainer, Steven Tinoco.

She disclosed that she had previously dated almost all types of athletes who played different sports, ranging from football, basketball, hockey, baseball, and Wrestling. However, the heartbreak that was a big let-down for her came from her college sweetheart, who was a football player. She also confessed to being involved in a one-night stand. She said that athletes are stereotypical. However, her favourite was the hockey players.

After a long list of ex-boyfriends, she finally decided to settle and exchanged rings in Dubai during a trip with her personal trainer and a former baseball player, Steven Tinoco, in 2016. The couple got hitched in the year 2018. Initially, Steven was not interested in dating Paige; however, they soon started spending more time together, and in no time, he grew fond of her. Paige says that her husband is her backbone, and he supports her in all her ventures. She believes that she is truly blessed to have met someone who understands and supports her career. She currently resides in Arizona along with her husband.

As far as reports state, there is no such information that mentions Paige Spiranac being lesbian. As of now, she is happily married to Steven Tinoco and has no such attraction towards women. She is a social media influencer and has men drooling over her beauty. Not once did she state that she is homosexual or interested in women, so it is safe to say that she is not a lesbian.

She has played Golf at the college level for her University team. However, she began pursuing Golf professionally in the year 2015, after she became an internet sensation because of some article published on a site. She was invited to the Ladies European Tour (LET) in December that year because of the social media attention she was receiving that year. Even though she failed to qualify, several brands were willing to collaborate with her.

Later in the year 2016, she made her debut in the Cactus Tour. After completing several times, she won $8010 as prize money at the end of the season. After the tour, she continued investing her time in increasing the reach of her social media handle. She attempted to qualify LPGA, but her efforts proved futile. Later that very year, she failed to qualify in LET and decided on taking a retirement.

She is now focusing on earning money via her social media influence. She has worked with several magazines, brands and NGOs.

The 28 years old former golf player and Instagram fame has not only won several hearts for her golf skills but has her fans drooling over her beauty. In the year 2020, she was awarded ‘The PWI Most Beautiful Woman in the World’.

Net Worth, Salary & Earnings of Paige Spiranac in 2021

Paige Spiranac is one of the most well-known golf players in the world. She has not only earned huge sums of money but also won millions of hearts to date. Having played Golf professionally and after collaborating with brands like 18Birdies and Octagon, her net worth sums up to $4 million as of 2021. However, she is rich in terms of money and has a heart of gold and donates most of her money to NGOs.

From being a professional golfer to being a social media influencer, Paige Spiranac has come a long way. She is not only admired for her golf skills but also for her persona and beauty. Since she did not belong to a financially strong family, after earning wealth and name, she is now working for the NGOs, primarily focusing on the well-being of orphans and financially weak children. 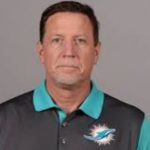 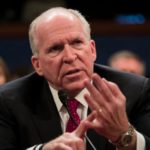