Being a successful businessman means being excellent in everything you do. Go for what your heart takes pride in and what you are you that you will never tire doing even when things don’t work out well. Since we all have different passion in life, the choice of the business we make should also be different.

Although once in a while we might be tempted to choose what seems to work well in our neighborhood, that’s the best way of choosing the right business to venture in. for Papa John, his passion was in the food industry. Today, he is known as a successful American entrepreneur, and he is the founder of Papa John’s Pizza which was founded in 1984. He started the business at the back of his father’s tavern after he sold his car and used the proceeds to buy used restaurant equipment.

It was on the 22nd of November back in 1961 when this gifted and celebrated entrepreneur was born. At the time of his birth, his parents Mary Shcnatter and Robert Shnatter were living in Jeffersonville, Indiana in the United States of America. For this reason, Papa John’s is American by birth rea with German ancestry.

During his childhood, he was able to enjoy a good life as both his parents had well-paying jobs since his father Robert was a judge while his mother Mary was a estate agent. There is very little information known of whether he has siblings or not. Once we get this information, we’ll update it here. Papa John’s real names are John H. Schnatter.

It was fun for Papa John’s to be born in Jeffersonville and it seems it was a great place to live in as his parents spent much of his life there. Papa seems to have a nature of being focused on what he gets into. For example, unlike other kids who tends to move from one school to another, John’s enrollment into Jeffersonville High School was enough as he remained there for all his years in high school. After graduating from high school, he joined Ball State University and graduated in 1983 with a degree in business.

Papa loves his family and is always ready to do anything in his power to lend them a helping hand. This is proven by the fact that he decided to sell his 1971 Chevrolet Camaro in 1983 to finance his father’s ailing business. He later decided to invest the remaining funds in starting Papa John’s Pizza.

Decades later, he offered a $250,000 reward to anyone who found the car. And he found and purchased it on 26th August in 2009 at $250,000. The family which had bought it from him had already sold the car but he paid them $25,000 as finders. fee. In celebrating this car, he offered free pizza to anyone who owned a Camaro car.

When it comes to his love life, John got married to Annette Cox in 1987. The couple was blessed with three children and they resided in Anchorage, Kentucky. Their children are named Danielle, Kristine and Beau. Unfortunately, their marriage didn’t have a happy ending as it ended in divorce on the 5th of December in 2019 after being together for more than 30 years. The divorce was filed by Cox and she revealed that they had been living separately since April 1st of the same year.

Papa Johns is not gay. Apart from his over 30 years’ marriage to Annette Cox, he has also been involved in two different cases with sexual misconduct with women way younger than him. Although this is not a very good thing, it is enough to prove that his interest is only in women.

Papa John’s Pizza was founded in 1984 in a broom closet at his father’s tavern. His first pizza customers were tavern customers. The business was very success and within one year, he was able to move into an adjoining space. In 1993, the business went public and in one year’s time, they had managed to have a total of 500 new stores. And within 4 years, they had managed to open a total of 1,500 stores. In 2007, he decided to launch another business he titled Calistoga Artisan Sandwiches.

Net Worth, Salary & Earnings of Papa Johns in 2021

It was out of hard work and great patience that a business as successful as Papa Johns Pizza was born and maintained. Today, it has over 1000 stores worldwide which is a great achievement. 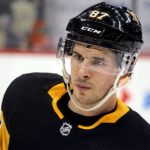 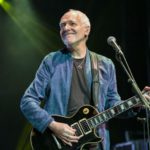