Amy Purdy was 19 when she suffered from meningococcal meningitis, leading to septic shock and kidney failure and causing her to have both legs amputated below the knee. She also lost her spleen and kidneys but went through a kidney transplant from her father when she was 21 years old.

Purdy, who uses prosthetic legs, has since settled herself as a snowboarder and had won silver and bronze medals at the Paralympics as well as a motivational speaker and former Dancing With the Stars finalist. But the 39-year-old has disclosed a new medical setback, and she is asking fans to pray.

In a Facebook post shared last February 2019, Purdy confessed that the pressure of her prosthetics has led to “a massive blood clot from my hip to the bottom of my leg,” resulting in cramping so painful it sent her to the hospital.

What is more, the process to fix the clot comprise of a contrast dye which could compromise her kidney, which Purdy named “the biggest gift of my life and health.”

“There’s the risk that to try to save my leg, we are risking my kidney,” she told.

“I have been hit down multiple times in my life but this time by far has been the hardest,” she also shared.

According to Purdy’s Instagram post in February 2019, she carried out with surgery on her leg, which “went well.”

“We are also checking my kidney this morning to make sure it handled everything well,” she wrote.

“They had to use contrast [dye] but promised me it was a small amount so fingers crossed that my kidney powered through like the powerhouse it is. My dad reassured me that before he gave it to me he put it through much worse.”

“As you can imagine, all of this has once again shifted my perspective. Our bodies are so strong yet so delicate at the same time. Being an athlete and having prosthetic legs, I have conditioned myself to power through so much. That is what has led me to where I am at in my life but that’s the paradox because it also led me here. Although I had zero symptoms until a few days before, I realize the pressure I have been putting on this leg for quite some time. Just a reminder to listen to those little whispers and put our health and self-care first”

Purdy spoke to Yahoo Lifestyle in December about becoming a double amputee as a teen.

“I remember being wheeled into the operating room where they were going to amputate my legs,” she said.

“I was so scared and I had no idea what my life was going to be like and I was a snowboarder. This world is made for legs. At least that’s how I felt.”

What Is Meningococcal disease?

Meningococcal disease can refer to any illness caused by the type of bacteria called Neisseria Meningitidis, also known as meningococcus. These illnesses are often severe and can be deadly. They include infections of the lining of the brain and spinal cord (meningitis) and bloodstream infections (bacteremia or septicemia).

These bacteria spread through the exchange of respiratory and throat secretions like spit (e.g., by living in close quarters, kissing). Doctors treat meningococcal disease with antibiotics, but quick medical attention is extremely important. Keeping up to date with recommended vaccines is the best defense against meningococcal disease.

What Are The Risk Factors Of Meningococcal Disease

Certain people are at increased risk for meningococcal disease. Some risk factors include:

Infectious diseases tend to spread wherever large groups of people gather together. Several college campuses have reported outbreaks of serogroup B meningococcal disease during the last several years. Learn more about vaccine recommendations for those at increased risk in community settings.

Travelers to the meningitis belt in sub-Saharan Africa may be at risk for meningococcal disease. Learn more about vaccine recommendations for travelers.

There are five serogroups (types) of Neisseria meningitidis — A, B, C, W, and Y — that cause most disease worldwide. Three of these serogroups (B, C, and Y) cause most of the illness seen in the United States.

Types And Symptoms Of Meningococcal disease

The most common symptoms include:

There are often additional symptoms, such as

Newborns and babies may not have or it may be difficult to notice the classic symptoms of fever, headache, and neck stiffness. Instead, babies may be slow or inactive, irritable, vomiting, or feeding poorly. In young children, doctors may also look at the child’s reflexes for signs of meningitis.

Keeping up to date with recommended immunizations is the best defense against meningococcal disease. Maintaining healthy habits, like getting plenty of rest and not having close contact with people who are sick, also helps

Vaccines help protect against all three serogroups (B, C, and Y) of Neisseria meningitidis bacteria commonly seen in the United States. Like with any vaccine, meningococcal vaccines are not 100% effective. This means there is still a chance you can develop the meningococcal disease after vaccination. People should know the symptoms of meningococcal disease since early recognition and quick medical attention are extremely important.

Close contacts of a person with meningococcal disease should receive antibiotics to prevent them from getting sick. This is known as prophylaxis. Examples of close contacts include:

Doctors or local health departments recommend who should get prophylaxis. 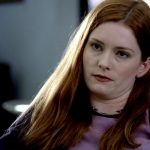 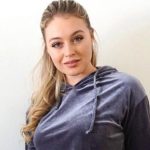