Pat Sajak is a well-known television personality in the United States of America. At the same time, he is also known as a game show host. Just like any other celebrity, Pat Sajak has one particular show he did and earned him a lot of recognition and fame. This was Wheel of Fortune which was a television game show. Believe it or not, his work on this single show has earned this man not only fame but also great recognition and a total of 3 awards and 19 nominations including a Daytime Emmy Award.

Pat Sajak was born in Chicago, Illinois as Patrick Leonard Sajdak on the 26th of October in 1946. He is the son of Joyce Backal (Helen) and Leonard Anthony Sajdak. His father Leonard was an employee at a factory but didn’t have the chance of watching his son grow as he died when Pat was still very young. His mother decided not to remain single and she therefore remarried Walter Backal. Although he is American by birth, his ancestry is Polish from his both paternal and maternal grandparents. It is however not clear whether Pat had siblings or not as he doesn’t talk about them.

Pat’s father might have passed on when he was still very young. However, he was very lucky to have a caring and loving mom who knew the importance of education. Therefore, she enrolled him to Farragut Career Academy and studied there until his graduation. After graduating from high school, he was enrolled to Columbia College Chicago. However, he has not revealed what he studied at Columbia College Chicago and whether he graduated or not.

Pat Sajak has been married twice but his first marriage ended in divorce. Although he has never revealed what caused the end of his first marriage, it is clear that he learnt a lot from it failure and applied the lessons in his second marriage. That is the reason why the relationship has remained firm to date. In 1978, at met Sherill and fell in love with her. After dating for one year, they decided to get married in 1979. However, their marriage didn’t last long as they agreed to part ways and filed for divorce in 1986.

After divorcing Sherill in 1986, he met Lesly Brown in 1988 and the two started dating immediately. One year later, he felt he was ready to settle down and he married Lesly on 31st of December in 1989. The couple has been blessed with two kids named Maggie Marie Sajak and Patrick Michael James Sajak. Their daughter Maggie is a country music singer. The couple is still happily married to date and there are no signs of their divorce or separation.

Pat Sajak has been married twice in his life time and both of his wives were ladies. Although we don’t know of his past relationships before he met his ex-wife Sherill, there are no rumors of him being a gay. His marriage to his wife and his ex-wife is enough to prove that he is straight as far as his sexual orientation is concerned.

When it comes to his career, he didn’t start off immediately as a television personality. He started off as a DJ in the 70s and when he started becoming popular, he got a voiceover job at NBC at Today’s Show and this quickly turned into anchoring. ‘KNBC-TV’ were in need of a weatherman in the late 70s. When they came across Pat Sajak, they knew they had already found the man they were in need of. They gave him the job which he gladly accepted.

The audience was so happy with his work and although he started off in the day time version, he later decided to continue with the night time version.

Talk of this man’s awards and achievements and you will be happy to know what he has been able to achieve over the years. He has received a total of 19 nominations in different categories and a total of 3 wins and counting. Some of the awards he has won include a Daytime Emmy Award.

As of 2021, The net worth of Pat Sajak is currently at $80 million which definitely means that he is well paid. According to reports released at the end of 2020, his annual salary is at $15 million for hosting Wheel of Fortune and $10 million as Vanna White’s annual salary.

Pat Sajak has managed to earn a lot over the years of hard work and expertise as a TV host. Getting a salary of $15 million annually as a host means that he is doing a great job in his career. 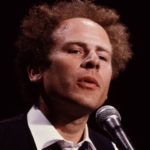 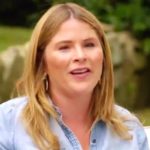