We are all gifted differently and what matters the most is our ability to maintain and perfect what we decided to take up as our career. Patrick is one of the guys that is well-known as a film, television, and voice actor. On television, he has been featured on different projects some of which include: Less Than Perfect, Unfortunate Events, and Rules of Engagement among others. When it comes to his voice acting roles, they include: Family Guy, The Emperor’s New Groove, and The Venture Bros among others. At the same time, he has been featured on different advertisements like “control enthusiast” just to mention a few.

On 14th November in 1964, a boy child was born in Huntington Beach, California to Barbara Jeanne Gratz and John Charles Warburton Jr. Patrick was lucky to be brought up in a religious background as his parents were staunch Catholics. He is not the only child of John Charles and Barbara but he is the only son and was therefore brought up alongside his three sisters named Lara, Mary and Megan. Patrick and his three sisters were therefore expected to live under the faith of their parents something Patrick is proud about to date.

The four kids of John Charles and Barbara Jeanne were not only brought up in a staunch Catholic background but they were also educated in a Catholic school. He started off his school years at Saints Simon and Jude Catholic School before he was later enrolled at Servite High School which is located at Anaheim, California.

Before he graduated from high school, he was transferred and enrolled at New Port Harbor High School which is located at Newport Beach in California. After graduating from high school, he joined Orange Coast College which is situated in Costa Mesa in California. He majored in Marine Biology but he didn’t’ graduate as he dropped out of school and pursued his dreams of becoming a model and an actor.

From a man brought up in such a religious background, you can expect nothing less than success and discipline and this is exactly what Patrick has shown. Unless many celebrities who jump from one relationship to the next, he has been married to his wife for almost 30 years now. They exchanged their marriage vows in 1991 and up to date, they are still together and very much in love with each other.

Patrick is definitely not gay. This man has been married to the same woman for almost three decades now which is enough prove that he has no interest in men.

Patrick’s booming and deep voice combined with great and large stature is what attracted many people to him. These two things have also contributed a lot to the success of his career today. His recurring role on Seinfeld as David Puddy is one thing that sold him much to his audience. In the sitcom “Dave’S World” he was featured as Eric.

Apart from the two mentioned above, he was also cast in a film famously known as Men in Black II. In The Tick he held a major role not mentioned his work in Less than Perfect, Rules of Engagement, and Joe Dirt 2: Beautiful Loser among others.

Talk about awards, and you will be happy to know that this man has won very many awards and has also been nominated several for his hard work and commitment to his career. Some of the awards he has bagged include: Boulder, International Film Festival Award, and Beverly Hills Film Festival Awards among others.

Net Worth, Salary & Earnings of Patrick Warburton in 2021

Although it is good to be famous, that would not be enough with empty pockets. Therefore, the fame of any celebrity is not only measured by the awards and recognition they have received over the years but also the wealth they have been able to accumulate. Luckily, for Patrick, there is a balance as his net worth is currently estimated at $25 million as of 2021.

Patrick is among the lucky few celebrities and children who are brought up in disciplined and strict backgrounds. The best thing however is that he has not let his parents down as he has shown the world that his parents’ effort wasn’t a waste of time. 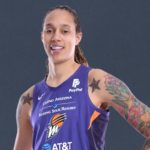 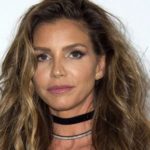