Paul “Paulie” Malignaggi, who is more popularly known as just Paulie Malignaggi, was a Boxer by profession from 2001 to 2017 and has retired now. He is of Italian-American origin, and ever since retiring, he started working as a boxing commentator and analyst.

He was mainly well regarded because of many factors, including his durable chin, athleticism, boxing ability, and most importantly, his hand speed. He is also known for his campaign where he advocates doping-free boxing sport.

Paulie Malignaggi, whose real name is Paul “Paulie” Malignaggi, stepped into this world on 23 November 1980, in Bensonhurst, Brooklyn, USA. His parents were immigrants from Italy. Malignaggi spent most of his childhood days in the historical city- Syracuse, located in Sicily. After his brother Umberto was born six years later, their family decided to go back to Brooklyn to settle down over there. But the family could not settle since Malignaggi’s father went back to Italy after staying there for just a few weeks and never returned.

Thus their mother had to remarry, and unfortunately, they weren’t able to get along well with their new stepfather. In the year 1996, Malignaggi and his younger brother even got into a fight with their stepfather, not long after which both of them left the house. After that, until he finally got his own home, Malignaggi used to stay with his grandparents for many years.

During that time, Malignaggi violated his school rules a lot and got into street fights regularly, where he even used knives and guns. For this very nature of his, he was later on expelled from his high school. After he was asked to drop school and never come back, he realized his mistake and wanted to walk the path of goodness.

After that, Malignaggi started working, where his grandfather used to drop him every day. During that time, he had asked for permission if he could take up boxing as a profession, to which his grandfather had replied in affirmative.

We often find celebrities choosing not to share many details regarding their early schooling or college education with the media or social media posts. Paulie Malignaggi is just no exception here. No authentic source of information has been found regarding where he did his early schooling or got his college education. However, we do know that he used to go to New Utrecht high school, from where he was eventually expelled for being irregular to classes and regularly getting involved in street fights.

No honorable and trustworthy source of information has yet been found, which claims Paulie Malignaggi to be homosexual. He surely has many male friends in the boxing industry where he has worked for an extensive period, but just that isn’t enough justification to validate such a claim. So though we know that he is unmarried and is also not dating someone currently, it’s safe to say that he’s fully straight and not gay.

Paulie Malignaggi has had an extensive professional career in the boxing industry, which lasted for 16 long years. From 2007 to 2008, the IBF Junior Welterweight title and from 2012 to 2013, the WBA Welterweight title are the two weight classes in which Malignaggi held world championships. Just a few years ago, in 2019, to Artem Lobov- a Russian mixed martial artist and boxer, Malignaggi once competed as a bare-knuckle boxer. Finally, on 6 March 2017, he announced his retirement from this sport. He has contributed a lot to this industry and to the legacy of this sport by playing 44 professional fights, out of which he won 36, apart from losing just 8 of them and with seven inside the distance.

Mr. Paulie, after seeing a good fan base he launched his own brand of clothing to appreciate the love he got from his fans.

Paulie has won the World Championship Title while he used to compete inside the boxing ring. Still, after retiring, he won the award for Boxing Commentator for Showtime while he was in the commentary box. Back in 2011, when he won his first 21 fights, he had debuted as a pro.

Net Worth, Salary & Earnings of Paulie Malignaggi in 2021

Paulie Malignaggi, though now retired, has had an extensive professional career for 16 long years, which surely must have helped him a humongous net worth and properties over the period. As of 2021, he has a net worth of $6 Million.

Everybody knows Paulie Malignaggi as a professional boxer and also a brand owner. But only the true fans of Mr. Paulie know that he even got featured in movies, and he also acted in his documentary movie.

People like Paulie Malignaggi have not only achieved extraordinary heights in their professional careers and immensely contributed towards the industries they were a part of but also served as a light source of inspiration for all the youngsters who also aspire to be successful like them someday by following the footprints they leave behind down the sand of time. 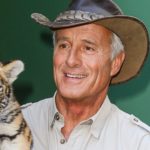 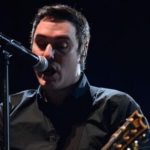