Paula Abdul is an American singer, songwriter, dancer, choreographer, actress, and television personality who came into prominence after choreographing music videos for , becoming a much sought-after choreographer. She then went on to attain phenomenal success as a singer with a string of super hit singles that reached the number 1 position on the Billboard Hot 100 like Rush Rush (1991) as well as numerous albums including her debut Forever Your Girl (1988) that sold more than 7 million copies in the United States. Paula has also starred in several films such as Shot Through the Heart (1998) and appeared in a number of TV shows including American Idol (2002–2010, 2013/16) where she was one of the panelists. She has been conferred many awards and honors including the Grammy in 1991 for “Best Music Video – Short Form” for her song Opposites Attract (1989) and the Primetime Emmy Award in 1989 for “Outstanding Choreography” for The Tracey Ullman Show (1987).

She went to Van Nuys High School, graduating in 1980. She studied broadcasting at the California State University in Northridge.

She is represented by United Talent Agency.

She has endorsed or promoted several brands such as Forever Your Curl. 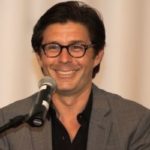 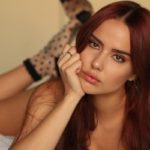