Penn Dayton Badgley is a renowned American actor and musician. He rose to fame after taking part in the soap opera ”The Young and Restless,” portraying Phillip Chancellor IV from 2000 to 2001. He was awarded Young Artist Award after this role. He has acted in several other major films. Other than acting, Badgley is also a musician and is the lead singer of the MOTHXR band. The band released their debut album “Centerfold” in 2016.

Penn Badgley was born on 1 November 1986 in Baltimore, Maryland. He is the only son of Duff and Lynne Murphy Badgley. His father worked as a newspaper reporter and later became a carpenter and home builder. In 2008, his father was the Green Party candidate for the governor seat of Washington.

Badgley received his elementary education from Woolridge Elementary, the same school where his mother served as a PTA president. He then transferred to St. Christopher’s School and then Charles Wright Academy. He participated in Seattle Children’s Theatre and also the Pine Nut Players community theatre as a child. His mother was very supportive.

He relocated with his mother to California to pursue acting, after which he began doing voiceovers for children’s radio stations in Hollywood. During this time, he was home-schooled together with his future co-star and partner, Blake Lively. His parents divorced when he was 12 years.

After taking the proficiency exam at the age of 14, he began attending Santa Monica College. Later he joined the University of South California but deferred due to contractual obligations. He then enrolled for two years at Lewis & Clark College.

Badgley has dated several girls before finally getting married. He dated Gossip Girl co-star Blake Lively between 2007 and 2010. From 2011 to 2013, he dated actress Zoe Kravitz.

From 2014, he had been in a relationship with Domino Kirke, whom he married on 27 February 2017. His wife has a son from a previous relationship, Cassius, whom he has accepted as his son. After suffering two miscarriages, Badgley and Kirke welcomed their first son in August 2020.

No. he has a straightforward sexual orientation and has kept himself away from such rumors. He is a proud father of one son and also a stepfather to his wife’s son, Cassius.

Badgley’s first role in the acting industry was providing the voice for the video games “Mario Golf 64” and “Mario Tennis 64” in 1999 and 2000. The first film he appeared in was “Will & Grace,” which was followed by several other films like; Daddio, What I Like About You, and The Brothers Garcia. He rose to fame with his role in the soap opera “The Young and the Restless,” from which he was nominated for the Young Artist Award.

In 2002, he portrayed Joel Larsen in the WBS’s comedy-drama series “Do-Over.” He then starred in “The Mountain” from 2004 to 2005 and then “The Bedford Diaries” in 2006. His first major film was in the 2006 film “John Tucker Must Die,” playing Scott Tucker. He played opposite Leighton Meester in the 2007 black comedy film called “Drive-Thru.” That same year, he starred in “Gossip Girl,” playing the role of Dan Humphrey.

Badgley and His band released their song “Easy” in early 2014 on SoundCloud with the name MOTHER. After one month, they changed the spelling of their band name to MOTHXR after realizing there was a band with the same name. They signed with Kitsune and Washington Square Music in 2015. They released their debut album “Centerfold” on 26 February 2016.

He has played other roles in films like; The Slap, Aladdin, and You. He appeared in the second season of You, which was released on 26 December 2019. The film was renewed for the third season and is set to be released in 2021.

Badgley has received various awards in his career. He was nominated for Young Artist Award after his portrayal in “The Young and the Restless” from 2000 to 2001. He received six Teen Choice Award nominations for his role in the drama series “Gossip Girl” from 2007 to 2012. He has been starring in the Netflix thriller series “You” since 2018 as Joe Goldberg and has earned him a Saturn Award nomination. He is also the winner of such awards as the Independent Spirit Award, Manchester Film Festival Award, and Oxford Film Festival.

Net Worth, Salary & Earnings of Penn Badgley in 2021

As of 2021, Badgley has accumulated an estimated net worth of around $10 million. He has acquired this huge amount of wealth from the success of his career as an actor and musician. He has acted in many popular films and also has been involved in various brand endorsements, which has continually increased his wealth.

Penn Badgley is a very successful actor and musician. He developed an interest in acting from a very young age, and with the support of his mother, he pursued acting from the age of 11. He has been very hardworking all through, and this has borne fruits as he is one of the most popular actors and musicians in the world. 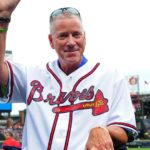 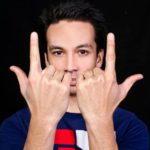