Pharrell Williams is a multi-talented personality who hails from the United States of America. He is a singer, rapper, entrepreneur, fashion designer, and also a record producer. Together with his close friend Chad Hugo, they formed The Neptunes, which is a production company in the early 90s. In 1999 they formed a band together with Hugo and Shay Haley and they called it N.E.R.D. Williams is the lead vocalist of the band. As a rapper and music producer, Pharrell has been nominated for numerous awards, winning 13 of them.

William was born on April 5, 1973, in Virgin Beach, Virginia. His father Pharaoh Williams worked as a handyman while Carolyn his mother was a teacher. He is the firstborn child of the couple and he has two younger brothers. From an early age, he was into music and when he was in grade seven he was playing the drums.

Williams attended Princess Anne High School and that is where he met his childhood friend Hugo, with whom they have achieved a lot in the entertainment industry. After completing his high school education he enrolled in Northwestern University, only to drop out after studying for only two years.

On 12 October 2013, Williams married his long-time girlfriend by the name of Helen Lasichanh. Helen is a fashion designer as well as a model. In 2008, the couple had welcomed their first child together who was a son they named Rocket. In 2016 the couple announced that they were expecting another child and in January 2017 they were blessed with triplets.

Pharrell is known as that person who is always giving back to society through different projects. He built an after-school center in his hometown to help the local children at a cost of $35 million. He also offered an internship to 144 students in 2019. They were allocated at his Promise Academy which is located in Harlem, New York City. He is also the founder of a non-profit organization that goes by the name of From One Hand To Another ( FOHTA).

There have been some arguments concerning the sexual orientation of Pharrell but so far, he stands out as not being gay. Some people judge him by the clothes he wears, but that does not have anything to do with his sexuality. He is in a marriage where he has fathered four lovely kids and all seems to be well in his relationship with his wife Helen.

Williams formed The Neptunes together with his friends while they were still in school. They then entered a school talent show and they were discovered by Teddy Riley who was a producer. Riley signed them immediately after they completed their studies. The Neptunes started working with various artists and produced some hit singles.

Hugo, Shay, and Williams formed another band called N.E.R.D where Williams was the lead vocalist. They released their debut album In Search Of…. In 2001. In the meantime, The Neptunes continued producing songs for different international artists like Baby Face, Britney Spears, Mystikal, and Jay-Z among others. In a survey conducted in 2003 in the United States, it emerged that 43% of the songs that were playing on the radio had been produced by The Neptunes.

Pharrell released his debut solo album in 2006 titled In My Mind. It hit the airwaves by a storm and it debuted at number 3 on the Billboard chart in the US. His second album Girl was released in March 2014. In 2010, he composed the music for the animation film Despicable Me. This was followed by similar composition for Despicable Me 2, and 3. With his band N.E.R.D, they produced a total of five albums with their most recent one being No One Ever Really Dies which was released in 2017.

As an entrepreneur, Williams has numerous business ventures and he has partnered with several top brands in his ventures. These include G-Star Raw, Nigo, and Adidas. He also owns a line of eyewear and jewelry. He has also designed a line of sneakers in collaboration with Adidas and Chanel.

For his immense contribution to the entertainment industry, Williams has been nominated a total of 200 times, winning 57 of them. These awards include BET Awards, Billboard Music Awards, Grammy Awards, MTV Video Music Awards, Soul Train Music Awards just to mention but a few.

Net Worth, Salary & Earnings of Pharrell Williams in 2021

As of 2021, The estimated net worth of Pharrell is $220 million. This wealth has not only come from him being a musician but mainly from his career as a music producer. He has produced songs for almost all the international artists in the world and this boosts his earnings. He also has several business ventures where he has collaborated with different top brands.

Pharrell Williams was interested in music since he was very young. He entered into a talent show while in high school and that is when he was noticed by a music producer. Over the years, he has not only been able to make his own music, but he has produced a larger percentage of the international artists we have today. He also has a taste for fashion and has a successful career as a fashion designer. 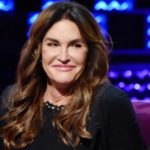 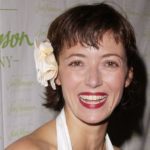