Phil Crowley is a popular American musician and voice actor. He has been active in his profession for over three decades and is best known for the reality TV series Shark Tank. In his career, Phil has voiced in many TV documentaries and was also the narrator of Rat Bastards. His unique voice has also made him work for many TV channels.

Phil Crowley was born on June 6, 1950, in Pasadena, California. He has been learning piano since she was 6 years old. The incredible talent of Phil made him perform from a very young age.

When he was in high school, Phil Crowley used to take classes for string bass. Later he became a member of a folk group and used to perform in Pasadena’s Ice House. He has also played in his school orchestra and was in the drama class during his high school days. Following this, he went to the University of Southern California School of Music and earned his Bachelor of Music in piano in 1973. He has also earned Masters of Music in orchestra conducting.

Phil Crowley has been successfully married to his wife Ann for a very long time. The couple has four children together, and he lives with his family in La Canada Flintridge. He loves to practice piano and is also interested in philosophy, chess, and cooking.

To call Phil Crowley gay will be very unfair. He is one man who has always stayed out of controversies. The sexual orientation of the actor is straight as he has been successfully married to his wife. Additionally, he has fathered four children and is very faithful to his wife.

Phil Crowley started performing when he was in high school. By being a member of a folk group, he appeared in many theater plays. His popular theater roles include The Imaginary Invalid, The Mikado, Cox and Box, Man of La Mancha, The Fantasticks, and Pirates of Penzance.

After receiving his master’s degree, Phil started teaching music at Biola University. He has taught at the Dick Grove School of Music. In Pasadena’s Lake Avenue Church, he was the Interim Music Minister. Phil has also been in the Music Ministry of Campus Crusade. Following this, he started his career as a music producer. He has composed, conducted, and arranged many projects.

In television, he joined the ABC series called Shark Tank as an in-show announcer. Phil has also done many commercials for television and radio. He has been the spokesperson for many brands like Mini Cooper, Verizon, McDonald’s, Pepsi, Chevron, and Mercedes. Additionally, his voice has made him feature in many documentary series on Court TV, Travel Channel, and the Discovery Channel.

Phil has also voiced in E! True Hollywood Stories He was the narrator of Dogfights on the History Channel. Some of his movie voiceover roles include Former Child Star, Dickie Roberts, and Superstar. Phil has also composed stage musicals for Once in a Murelop and Seeds. He is currently represented by WME Entertainment.

Phil Crowley has been conferred with many awards in his career. ArtsInLA.com presented him with the Sage Award for his role in Ah, Wilderness!. He has also won the Best-In-Show Announcer for Shark Tank. At the All-Southern California Drama Festival, Phil won the Best Actor Award for his role in The Typist. In 2008, he received a nomination at the 168 Hour Film Festival Award.

Net Worth, Salary & Earnings of Phil Crowley in 2021

As of 2021, The approximate net worth of Phil Crowley is $2 million. Thanks to his career as a successful voice artist that he is able to make this money. In his career, he has worked with many TV channels and has voiced for many brands. He is extremely talented, and he has also served as a musician for stage plays. Phil started his career by teaching music and soon ventured to become a successful voice actor. He was previously a member of the Magic Castle, and he has also won many awards.

Phil Crowley is a multi-talented personality who has done many endeavors in his career. He serves as an inspiration to many as he followed his passion. His incredible voice has made him feature in films, TV, and commercials. Despite huge success, has always maintained a simple life and is free from controversies. 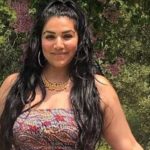 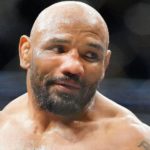