Though a professional golfer, Philip Alfred Mickelson seems to have golf on his nerves right from his childhood. He had begun his relationship with the sport at a very early age, after which he won several championships during his college days. He has earned the title of “Lefty” because of his notable left-handed swinging, which he has learned from mirroring his father’s iconic right-handed swing. Having won over a myriad of achievements, he is definitely one of the most influential personalities in the sport of golf.

Phil was born on the 16th of June 1970 to Philip Mickelson and Mary Mickelson in San Diego, California, United States. He is of Swedish and Portuguese descent on his father’s side while Sicilian and Portuguese on his mother’s. His father is a commercial pilot, devoted time to play golf with his son where he learned a lot from him. Eventually, “Lefty” practiced at length in his backyard in California only to emerge as one of the most prominent golfers.

Phil Mickelson attended the University of San Diego High School for his graduation post which he went to the Arizona State University to study psychology. He was so immensely passionate about golf at that young age that he earned a golf scholarship at ASU.

Like any other love story, Phil and his future wife, Amy McBride’s novel, began in the same college, Arizona State University. During this time, Phil was already climbing the ladder of achievements in the sport of golf. Amy was a member of the college’s cheer-leading squad, where they interacted and took their story off from there. They got married in November 1996 after dating for four years. They had their first child, Amanda Brynn, three years hence, following which they had two more kids. The third child, Evan, had significant complications during birth, which had put his as well as the mother’s life at stake. But with time, they won over it.

Phil Mickelson is married to the love of his life, Amy McBride, with three children. Clearly, he is not gay.

Phil Mickelson has been entirely consistent with his professional career, from practicing in his backyard as an amateur to achieving numerous titles and championships. He was the face of amateur golf in the United States, winning three NCAA individual championships and multiple other awards when he was just in college. He won many PGA tour tournaments after finishing college.

He kept on hitting major wins in several Open Championships, World Golf Championships, Masters Tournament, etc. Besides, he got involved in many big brands such as KPMG, Rolex, Ford, Barclays, etc. He worked in his debut romantic comedy theatrical movie, “Tin Cup” and made an appearance in his first TV show, “Lois & Clark: The new adventures of Superman.”

As a collegiate, he managed to win 16 tournaments and became the second amateur golfer to win the first-team All-American honors for four years. He won the Best Championship Performance EPSY Award in 2004, Best Male Golfer EPSY award in 2004, and 2010. Having an overall of 53 professional wins, including PGA Tour championships, he has been able to mark his position in an essential place in the sport of golf.

Net Worth, Salary & Earnings of Phil Mickelson in 2021

In addition to the prize money, Phil earns vast amounts from his brand endorsements. He has been sponsored by various brands for his immense talent and popularity and down with arthritis. As of 2021, Overall, all this adds up to a probable $450 million net worth of the player.

Phil Mickelson is one of the distinguished figures in the golf fraternity known for his successful career as a golfer, having won more than 40 PGA Tour events and has been ranked in the top positions in countless highly acclaimed occasions such as the Official World Golf ranking, etc. He has been extremely compassionate in life and hence has come out of all controversies, complications, and illness like a real winner. 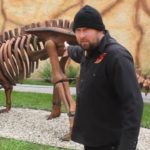 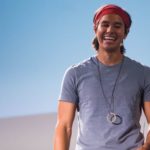