Piers Morgan is an English TV personality, broadcaster, and journalist. He has hosted many talent competitions including Britain’s Got Talent and America’s Got Talent. Morgan is the host of his own show called Piers Morgan Live. He has also co-presented Good Morning Britain. In 2008, he won the US Celebrity Apprentice. He has also served as the editor of Daily Mirror.

Piers Stefan Pughe-Morgan was born on 30 March 1965, in Surrey, England. He is the son of Gabrielle Georgina Sybille and Vincent Eamonn O’Meara. His father was a dentist and died when he was only 11 months old. He has also an elder brother named Jeremy. His mother later got married to Glynne Pughe-Morgan, and he adopted his surname.

As a child, Piers Morgan first went to the Cumnor House prep school. Then he went to the Chailey School in Chailey. He has also been to the Priory School and Lloyd’s of London. Later, Morgan attended Harlow College to study journalism.

In 1991, Piers Morgan got married to Marion Shalloe. They are the parents of three sons named Stanley, Albert, and Spencer. The couple separated in 2004. In 2010, he got married to Celia Walden, who is a journalist. They have a daughter named Elise.

Despite being highly popular, Piers Morgan has been a subject of many controversies. He was accused Ian His op for following him in his house. There are also allegations of phone hacking. Apart from this, he has had many feuds and has criticized many celebrities.

Piers Morgan has been married twice and is the father of four children. This indicates that his sexual orientation is straight. He is neither gay nor bisexual and is focused on his career.

In 1985, Piers Morgan joined the Surrey and South London Newspaper Group. He then started to freelance for The Sun. In 1994, Morgan was appointed as the editor of News of the World. During that time, he became the youngest national newspaper editor. This was followed by becoming the editor of Daily Mirror. In 2005, Piers Morgan became the co-owner of Press Gazette.

A year later, he launched First News. He was also the editor-at-large of the website MailOnline. Some of his written works include “Take That”: Our Story, The Insider, To Dream a Dream, Shooting Straight, and God Bless America. In 2020, he came up with Wake Up: Why the World Has Gone Nuts.

In television, Morgan became the guest panelist of Question Time in 1999. He has also been the guest panelist of The Wright Stuff. Morgan has been the presenter of Many shows like Piers Morgan On…, Morgan and Platell, and The Importance of Being Famous. From 2006 to 2011, he was a judge of America’s Got Talent.

Morgan was also the judge of Britan’s Got Talent from 2007 to 2010. In 2008, he became the winner of the Celebrity Apprentice. He was the co-presenter of Good Morning Britain from 2015 to 2021. Morgan became a panelist of Real Time with Bill Maher in 2017. He has also appeared in many documentaries.

Net Worth, Salary & Earnings of Piers Morgan in 2021

As of 2021, The estimated net worth of Piers Morgan is $25 million. Thanks to his career in multiple fields that he is able to make this money. He has been associated with many networks. Morgan has served as a judge of two of the leading shows in the world. He has also hosted his own shows and has been a presenter of many other shows. Part of his wealth also comes by coming up with written works. He is a highly talented person and was the winner of Celebrity Apprentice.

People know Piers Morgan for his strict nature. He has successfully presented many shows in the world. Despite all this, he continues to have followers as well as criticizers. Even after having many allegations, he continues to move on. There have been many complaints against him, yet, he takes them easily and continue to move ahead without any effect. 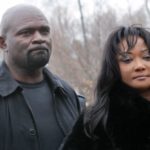 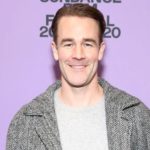