Armando Christian Perez or popularly known as Pitbull, is an American rapper, singer-songwriter. People following pop culture are no stranger to Pitbull and his music. Pitbull has established himself as a renowned pop star and has eleven studio albums in his career. Besides this, Pitbull has delivered many commercially hit songs and has even collaborated with many iconic pop stars of our generation, including Jennifer Lopez.

Pitbull was born on 15th January 1981 in Miami, Florida. His parents, Armando Perez and Alysha Acosta separated when Pitbull was very young. Pitbull grew up in the neighborhood of Miami, where he was influenced by the city’s carefree lifestyle and music. As a child, Pitbull was a fan of Celia Cruz and Willy Chirino. He always had a keen interest in being a rapper, and hence a young Pitbull often used to practice for hours to master his rapping skills.

Pitbull went to South Miami Senior High School and then graduated from Miami Coral Park High School. He did not go to college as he had already started his professional career since he was always sure about his profession.

Pitbull was known to be in a relationship with a woman named Barbara Alba and is even the father to two great kids named Destiny and Bryce. The couple were together for nearly ten years but were never married. Currently, the couple has separated from each other, and Pitbull is believed to be single.

No, Pitbull is definitely not gay. He has been in relationships with numerous women and is even the father of two kids. This proves that Pitbull is not gay.

Pitbull started his professional career by working with the Luke Records, and during this time, he was introduced to Lil Jon. Lil Jon helped Pitbull have a great start in his professional career by offering Pitbull a song on his album. This introduced Pitbull to the whole world as a sensational rapper. Working with T.V.T. Records, Pitbull released his debut album M.I.A.M.I. in 2004. The success of his album helped him gain international stardom.

Since then, Pitbull has released eleven commercially successful albums and has worked with many major label companies, including R.C.A., Sony Latino and many others. Pitbull has also collaborated with Jennifer Lopez, Enrique Iglesias and many other pop stars and has been able to deliver great songs.

The iconic pop star has won numerous awards and has achieved many great heights throughout his career. Pitbull has won a Grammy for his exceptional music and has been awarded nine Billboard Latin Music Awards. Besides this, Pitbull has been nominated numerous times for the American Music Award.

To count in his list of achievements, it can be included that he composed and sang the FIFA World Cup 2018 anthem along with Jennifer Lopez.

Net Worth, Salary & Earnings of Pitbull in 2021

The net worth of Pitbull is estimated in August 2021 and found out to be a massive total of $110 Million. He had earned a significant part of his net worth by being a rapper singer-songwriter. Being incredibly successful in the sales of his albums, Pitbull has managed to create such a vast net worth.

Pitbull has been able to establish himself as a massively successful pop star. Over the years, he has achieved many great heights and has given a whole new meaning to pop music. He certainly knows his music well and has come a long way in the music industry. He is truly talented and is an inspiration to many. 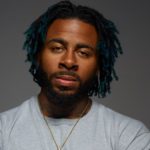 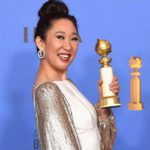