Being in a single line of business or career might be very boring but at the same time, being in more than one vocation can be very challenging. Therefore, it is very important to understand your strengths and abilities as an individual before you set your mind. For Ralph Nader, he knew he was a strong man and was ready to stand any kind of challenges that came with accepting numerous responsibilities.

For this reason he took up careers as an author, political activist, lecturer and attorney. He is more famous for his involvement in environmentalism, consumer protection and government reform causes. Nader first came to prominence in 1965 after he published his first book titled Unsafe at Any Speed which became the bestselling book. Ralph is a highly influential critique of American automobile manufacturers’ safety record.

Nader is currently in his late 80s bearing in mind he took his first breath on the 27th of February in 1934. He is known as the son of Lebanese immigrants since both his parents were immigrants from Lebanon to United States. He was however born and raised in Winsted, Connecticut to Rose (nee Bouziane) Nader and Nathra Nader. They say “Like father like son” but for Ralph, he has taken after both his parents and especially from his mum.

This is because, his mother was a Lebanese-American activist in Winsted, Connecticut. His father was an employee in a textile mill but later decided to quit and open a bakery and a restaurant. Ralph would once in a while lend a hand to his father in the restaurant. At the same time, he worked for the Winsted Register Citizen as a newspaper delivery boy.

Ralph was raised in Connecticut and this is also the same place where he spent his early years in school. Since his family was well up, they enrolled him into a privately endowed school known as The Gilbert School which was located in their neighbourhood. After graduating from high school in 1951, he enrolled into Princeton University. Although Princeton offered him a full-scholarship, his father Nathra forced him to decline it saying he was able to afford tuition fees for his son.

After graduating from Princeton, he joined Harvard Law School but he didn’t like the courses he was taking there and he therefore started skipping classes. In 1958, he earned an LL.B from Harvard.

Nader together with his siblings were brought up in the Eastern Orthodox Church. He has three siblings; Laura Nader who works as a professor at U.C Berkeley (majors in social and cultural anthropology). He also has a sister named Claire Nader who is a social scientist and a brother named Shafeek Nader who was a community activist.

His brother Shafeek succumbed to death from prostate cancer in 1986 which made Nader develop Bell’s palsy but later recovered. In honor of their brother Shafeek, they created a Shafeek Nader Trust. He defines his ideology as moral empiricist and not as right-wing or left-wing.

When it comes to his love life, there seems to be no information about that. As it is, Nader is currently single and there has never been information of him being in any relationship. Nader is said to be a very humble man and in spite of all the wealth he has, he is comfortable living a simple life. He is domiciled in Connecticut but since 1960s, Ralph has lived in Washington, DC.

There is no information about his love life but since he doesn’t show any interest in gay relationships, we will assume that he is straight until otherwise proven.

Due to his continued advocacy in putting more stringent safety standards in cars, in 1966, there was unanimous passing of the National Traffic and Motor Vehicle Safety Act. It was however under a lot of struggle and fight as General Motors have an intensive surveillance on him and even tried to blackmail him.

This was the beginning of his political activist career as he continued crusading about different issues. Some of the issues he has picked on include; false advertising, the environment, nuclear energy and corporate organisation. He is also known for his man attempts of running for the office of President in the U.S.

Nader has received great recognition. Some of the awards he has received include; Gandth Peace Award, induction into Automotive Hall of Fame and listed among the 100 Most Influential American in 2006 by The Atlantic among others.

Net Worth, Salary & Earnings of Ralph Nader in 2021

Ralph has made his wealth from his different careers as a lecturer, attorney and author. As of 2021, he has a net worth of $6 Million.

Ralph is a great man who has made a difference in many people’s lives through the different non-profit organizations he has formed. 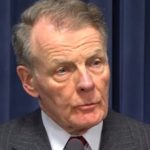 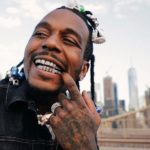