How many music lovers here are fans of Randy Jackson, the famous musician and TV personality. He is mainly known as a Bass Guitarist and has been a part of many big musical groups. He is popularly seen as the judge in the show ‘American Idol’.

On the 23rd of June in 1956, Randy was born in the city of Bato Rouge, Louisiana. His parents are Herman Jackson (father) and Julia LeGolvan (mother). While his father worked as a plant foreman, his mother was a housewife. He has two siblings, and he is the youngest of the three. He was extremely passionate about music from the very beginning and started playing the Guitar just when he was 13. He also went out at nights to play at local clubs without telling anyone.

Unfortunately, there is nothing much known about Randy’s initial schooling. But, what is known is that he underwent graduation from the Southern University in music, which was also his passion. From a very young age, he started playing music with big names.

Randy had his first marriage with Elizabeth Jackson, but somehow things didn’t turn up well, and they ended their marriage in 1990. He also has a daughter named Taylor Jackson from his first marriage. After that, he married Erika Riker in 1995, but after more than 20 years of staying together, they were not able to get together well, and that marriage also ended in 2019. They have two children together, Jordan Jackson (son) and Zoe Jackson (daughter). Randy has Type II Diabetes and that he went through a gastric bypass surgery in 2003 and lost around 52 kg during that.

No, that is not the case as per all the sources searched for this article. Randy has been married two times in his life and also has three children in total. So, we can say that his sexual orientation is Straight.

Randy initially used to play the guitar for small bands like ‘Taxxi’. At that time, he played with Jean-Luc Ponty and Carlos Santana. After that, he got to work with the band ‘Journey’ and created the album ‘Raised on Radio’. He then moved to Italy in search of better opportunities, and he got as he played with Zucchero and Billy Cobham. His first significant project came when he recorded the music for the film ‘Jumpin’ Jack Flash. He also appeared in ‘Silly Soul’, Steve Lukather’s solo, and many other albums.

He has also been a music producer and came up with ‘Randy Jackson’s Music Club Vol. 1’ in the year 2008. Later, he also produced music for many American Idol contestants. From 2002 onwards, he started appearing as the Judge of the famous reality show ‘American Idol’. Though he was associated with the show for very long, he called it quite eventually in 2014. He also produced the spin-off series ‘America’s Best Dance Crew’ in 2008 but later got canceled.

Unfortunately, even after being in this industry for so many years, Randy has nothing to show in the Awards section. But, it’s not that he hasn’t been appreciated. He has been nominated in Primetime Emmy Awards four times for ‘American Idol: Search for a Superstar’. But, who knows, maybe he can grab a few in the remaining phase of his career.

Net Worth, Salary & Earnings of Randy Jackson in 2021

Randy has been a very famous musician and popular reality TV show judge. It shouldn’t come as a surprise that he has garnered much wealth over the years. His salary from American Idol is around $10 million. So, about such high standards, his net worth is estimated close to a whopping $60 million as of 2021.

Randy Jackson has been a very popular musical personality. From a very young age, he got indulged in music as a Bass Guitarist. With time, he got associated with many big names and produced great pieces of music. He gained significant popularity as the judge of the famous reality show ‘American Idol’. At last, we call it a wrap by congratulating him on his career and also wishing him on his future endeavors. 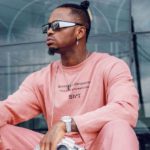 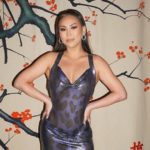