How many of you have seen the famous Fix drama series ‘Boston Public’ and ‘The Office’. Do you know who played Louisa Fenn in the series? It is Rashida Jones. She is a very popular actress and producer and has appeared in many movies and serials. She has also written and directed quite many projects.

On 25th February 1976, Rashida was born in the city of Los Angeles, California. She belongs to a family of actors as her mother, Peggy Lipton herself, is an actress. Her father, Quincy Jones, is a musician and record producer by profession. Her elder sister Kidada Jones who also is an actor and model. She also has five half-siblings from her father’s other relationships. After her parents divorced, she went on to live with her mother while Kidada lived with her father.

Rashida completed her schooling at The Buckley School. She was very popular there among students and also became a part of the National Honour Society. She further went to Harvard University to study ‘Religion and Philosophy’ and was very active in theatre there. She was also very interested in musical theatricals. Initially, she wanted to be a lawyer but dropped her idea.

Rashida was in a relationship with Mark Ronson, and they even got engaged. But, things didn’t turn out well after a year, and they parted ways. After, that she started dating musician Ezra Koenig and they also have a son together named Isaiah Jones Koening.

Rashida has a multi-racial identity as she was born Jewish, but later she went on to adopt Hinduism as well. Though, currently, she practices Judaism. She has been very active in philanthropy by her donations. She has also campaigned for the Democratic Party multiple times.

No, as per all the sources searched for this article, that doesn’t seem to be the case. She has been in relationships with Mark Ronson and Ezra Koeing and also has a son from the latter. So, her sexual orientation should be considered straight only.

Rashida stepped into the world of acting with the series ‘Last Don’ and then ‘If These Walls Could Talk 2’. After that, she got the breakthrough project she was looking for. She appeared in the famous series ‘Boston Public’ and the very popular ‘The Office’. She has also appeared in many movies as I Love You, Man, The Social network. She has also co-written ‘Celeste and Jesse Forever starring herself and the animated movie ‘Toy Story 4’. She also directed the first episode of ‘Hot Girls Wanted’ and the documentary ‘Quincy’ based on her father. Some of her recent roles have been in the series ‘Angie Tribeca’ and ‘#blackAF.’

Rashida has won many acclaims for her work in different fields. She won the Grammy Award for ‘Quincy’ in the Best Music Film category. Other than that, she was also nominated in various other awards for her acting and writing.

Net Worth, Salary & Earnings of Rashida Jones in 2021

Rashida has been actively and successfully working in this field for a very long now. Over these years, she has made good money through her various works. As of 2021, her net worth is estimated at around $30 million.

Rashida is a very famous and popular name in the acting world. She started her career with a small series, built after that went on to appear infamous and popular series like The Office and Boston Public. Other than that, she went on to work in many movies and serials. She has also worked as a writer and director on many films.

She made a documentary movie on her father ‘Quincy’, for which she went on to win Grammy. She is in a relationship with him and also has a son with him. She is living a very happy life currently. At last, we would like to congratulate her on her successful career and wish her all the best in her future endeavors. 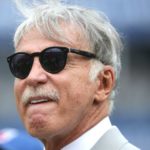 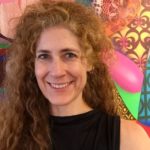