Ratan Tata is a very successful and well-respected businessman, investor, industrialist, and philanthropist hailing from Mumbai, India. He has served as the chairman of a very successful company called Tata and Sons for several years and has made the company flourish under his guidance and supervision.

He has also been respected with several prestigious national awards, including the Highest Civilian Award, the Padma Bhusan, and the Padma Vibhusan. He represents India and has a vital role in the Bill and Melinda Gates Foundation.

Ratan Tata was born and raised in Mumbai, India, at the time when India was yet to become independent. He was raised in a very well-known family of industrialist, being the grandson of the business tycoon Jamshedji Tata. He grew up along with his half-brother Noel Tata under the care of his grandmother Navajbai. He had to go through his parent’s divorce at a very young age.

Over the years of his school time, Ratan Tata has changed several schools from Campion School in Mumbai, to Cathedral and John Connon School, to Bishop Cotton School, and finally graduated from Riverdale Country School, New York. Following this, he graduated from the Cornell University with a degree in Architecture. He then attended the Harvard Business School and acquired a degree in advanced business management.

Ratan Tata has revealed that he was in love once with a girl while he lived in Los Angeles; however, he had to return home. Apart from this, there has been no knowledge of any of his relationships, and he has not been married.

Though he has not been married, it is confirmed that Ratan Tata is not gay. There are also no evidences of him being involved with any man.

After graduating with a degree in Architecture from the prestigious Cornell University in New York Ratan, Tata decided to join the family business and started working with the steel production company called Tata Steel in the year 1962. However, he soon left working as he wanted to pursue a degree in Advanced Business Management from the prestigious Harvard Business School.

Following his graduation from Harvard, he returned to India in 1971 at a time of economic recession and joined the company NELCO as its Director and put in his best foot forward to revive the company from its failing stature. In 1991, he was finally appointed as the Chairman of the Tata group of industries that had already spread its work in several fields like Tata Steel, Tata Motors, Tata Teleservices, The Indian Hotels Company, Tata Power, etc. and were collectively called as Tata & Sons. The company was founded by his grandfather Jamshedji Tata.

Ratan Tata had always been a car enthusiast and has ventured into companies like Jaguar, Land Rover, etc., and has helped develop and improve them. Owing to his incredible hard work in several companies and his business mindset and skills, he has also been appointed as a member of the Prime Minister’s Council on Trade and Industry.

Apart from his work in India, he has established a name for himself in the business world abroad and has worked as a board member for several successful international companies like Mitsubishi Cooperation, JP Morgan Chase, Booze Allen Hamilton, etc. In the year 2012, at the age of 75, Ratan Tata took voluntary retirement from Tata & Sons.

Net Worth, Salary & Earnings of Ratan Tata in 2021

Ratan Tata has been a very successful and renowned entrepreneur throughout his career. He has ventured into several profitable companies like Land Rover, Jaguar, Mitsubishi Cooperation, JP Morgan Chase, Booze Allen Hamilton, etc., apart from his group of companies, Tata & Sons.

As of 2021, he has acquired a net worth of $1 billion through his companies. He might have been the richest Indian businessman, but since most of his income goes to charities, he failed to get the name of the list.

Ratan Tata is a knowledgeable and hard-working as well as noble citizen of India. He has donated to several causes and issues of the country and has made our country proud at a global level, and he has been respected with several awards in India as well as abroad. Our nation needs more far-sighted and generous entrepreneurs like him to develop. 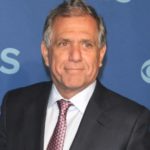